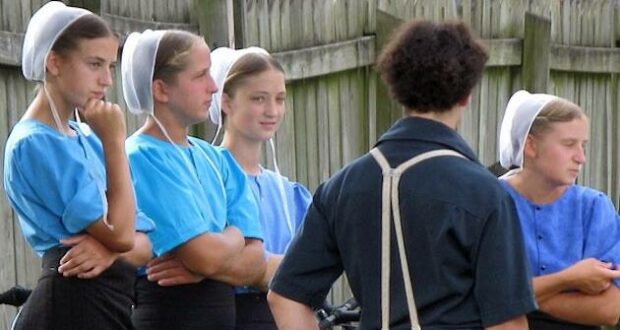 Despite few masks, no lockdowns or vaccine, Amish community thrives during Covid

The Amish could teach the government a few lessons about how to cope with the Covid pandemic.

The Amish community in Lancaster, Pa., (and Amish counties across the state) is making it through the pandemic without experiencing a catastrophic loss of life despite its refusal to adopt many of the safety precautions portrayed as necessary to prevent widespread loss of life. While officials in most U.S. cities ordered businesses and churches to close for several months in an attempt to slow the spread of COVID-19, the Amish continued working and never stopped worshiping together at church.

Investigative journalist Sharyl Attkisson, formerly of CBS News, talked to locals about how they handled the pandemic. One person she spoke to, an Amish Mennonite named Calvin Lapp, explained: “There are three things the Amish don’t like: And that’s government; they won’t get involved in government. They don’t like the public education system; they won’t send their children to education. And they also don’t like the health system. Those three things are all part of what COVID is.”

In fact, the CDC shows that counties like Lancaster, with substantial Amish populations, have the lowest Covid rates in the state. Lower, in fact, than areas that still have mask and other health mandates in place.

Attkisson noted that “after a short shutdown last year, the Amish chose a unique path that led to COVID-19 tearing through at warp speed.” The community gathered for a religious celebration in May 2020, where they all took communion.

Lapp described how the Amish take communion: “They dunk their wine into a cup, and they take turns to drink out of the cup. So you go the whole way down the line and everybody drinks out of that cup, so if one person has coronavirus, the rest of the church is going to get coronavirus.”

About a year after the pandemic began, national news outlets reported that the Lancaster County Amish community had reached herd immunity, meaning that a large part of the population had been infected with COVID-19 and became immune.

“There’s no evidence of any more deaths among the Amish than in places that shut down tight,” Attkisson said. “Some claim there were fewer here. That’s without masking, staying at home or taking the coronavirus vaccine.”