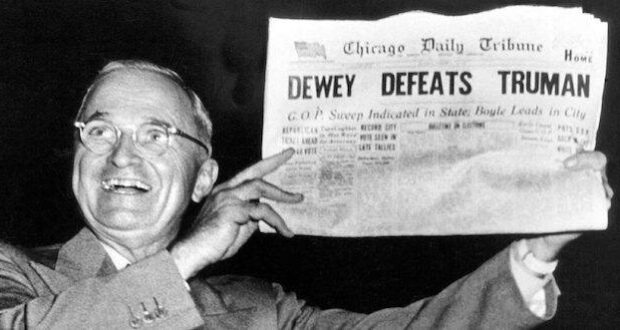 Poll-bashing – the aggressive, even extreme lambasting of pollsters and their work – used to be blood sport among prominent American journalists.

Mike Royko, one of Chicago’s most famous, if cantankerous, journalists, was a poll-basher.  He advised readers of his Chicago Tribune column in 1992, “If a pollster calls you, lie your head off. No harm will be done, and some good might come of it.”

Arianna Huffington, the liberal founder of Huffington Post, also was a poll-basher. From the late 1990s into mid-2000s, she conducted an intermittent and ultimately failed campaign “to get the dominance of polling out of our political life.” The “Partnership for a Poll-Free America,” she called it.

Jimmy Breslin, a blustery and legendary columnist for New York City newspapers, was a poll-basher, too.

“Anybody who believes these national political polls are giving you facts is a gullible fool,” Breslin stormed in his Newsday column in 2004. He called preelection polls “monstrous frauds” because at the time they did not reach the comparatively few households having only cellphones. They do now, but in 2004, Breslin figured the polls were missing younger, cellphone-using voters whose support, he wrongly predicted, would send Democrat John Kerry to the White House.

Royko, Huffington and Breslin were among the well-known journalists who resented preelection polls and didn’t mind saying so. They did not denounce polls every day, but their resentment ran deep. And they had plenty of company in journalism.

Eric Sevareid, the longtime CBS News commentator, confessed to “a secret glee and relief when the polls go wrong.” Walter Lippmann, one of journalism’s titans, wrote in 1936 at the dawn of modern opinion research, “I should be very happy if all the polls turned out to be wrong.” Election polls, he said, were “a nuisance.”

Poll-bashing, which I consider in my latest book, “Lost in a Gallup: Polling Failure in U.S. Presidential Elections,” arose from several sources, including doubts whether polls really could read the American mind. 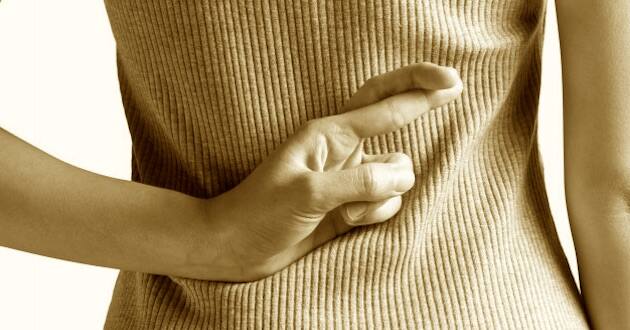 Broadcast legend Edward R. Murrow expressed such sentiments in 1952, after polls failed to anticipate Dwight Eisenhower’s landslide election to the presidency. The lopsided result, Murrow said on CBS Radio, signaled that voters “are mysterious and their motives are not to be measured by mechanical means.” Those who believe that Americans are predictable, Murrow said, “have been undone again.”

“Cover voters, not polls,” was advice the now-defunct Committee of Concerned Journalists offered years ago. “It is voters — what they think, how they live, what they are worried about — that are important (and also more interesting).”

Haynes Johnson of The Washington Post was an advocate of shoe-leather reporting, and a harsh critic of polls. During presidential election campaigns in the 1970s and ’80s, Johnson turned out long, interview-based articles about the moods of American voters.

After Ronald Reagan defeated President Jimmy Carter in 1980 in a landslide that no pollster saw coming, Johnson scoffed, “Polls are no substitute for hard reporting. In many cases, as it turns out, reporters would have been better served by relying on their own legwork, which in turn produces their own political instincts, than on the presumably scientific samples of voters supplied by the pollsters.”

In a C-SPAN interview in 1991, Johnson declared, “I hate the polls,” adding that he wished “we would disband all polls” because they offer only “a little fragmentary snapshot of a moment in time.”

Over the past three or four presidential election cycles, though, virulent poll-bashing has ebbed in American journalism.

It’s not that journalists have become more polite. And it’s not as if pre-election polling has become immune from error. Far from it.

A number of factors explain the ebbing of poll-bashing. Outspoken critics like Royko, Breslin and Johnson are dead. Huffington is no longer associated with what is now HuffPost.

Each election cycle serves in effect to reconfirm the importance of poll-taking at major news gathering organizations such as The New York Times and CBS News, where such operations date to the mid-1970s. 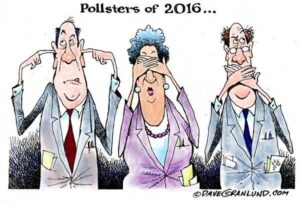 Cartoonists had a heyday after nearly all polls failed to predict a Trump victory in 2016.

The decline of poll-bashing also has coincided with the rise of the data journalist, best personified by Nate Silver, founder of the election forecasting and analysis site FiveThirtyEight.com.

Silver became a sort of celebrity after his poll-based forecast model accurately predicted the outcomes in 49 states in the 2008 presidential election. That status only deepened when his model correctly anticipated how all 50 states would vote in the election in 2012, when content at Silver’s site was licensed by The New York Times.

Silver’s forecast went wildly askew in 2016, projecting Hillary Clinton would win the presidency with 302 electoral votes, a haul that was to include Florida, Michigan, Pennsylvania, North Carolina and Wisconsin. Donald Trump won those states and, with them, the White House in a small electoral landslide.

Because few if any prominent journalists figured Trump had any chance of winning the election, the postelection bashing of Silver was mostly subdued.

In 2016, after all, polling failure was also a massive journalistic failure, as polls and poll-based forecasts helped cement the media narrative that Clinton was the odds-on favorite to win.

Previous: Jim Caviezel’s ‘Infidel’ is an honest look at dying for one’s faith
Next: Open Doors says North Korea catastrophe is near