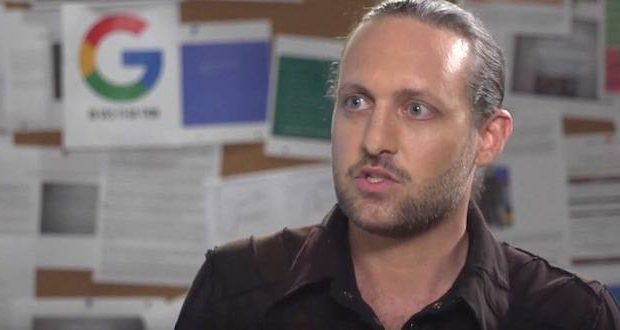 A former Google software engineer has accused his former employer of political bias and blacklisting through its attempts to manipulate public opinion. The goal, says the whistleblower, is control of news and information that people can access.

Former Google employee Zachary Vorhies told Project Veritas in an interview that can be watched below that the tech giant is “not an objective source of information.”

“They are a highly biased political machine,” he said.

Vorhies, who was a Google employee for eight years, delivered hundreds of pages of documents to the Department of Justice’s Antitrust division detailing evidence of how Google manipulates its algorithms to keep conservative and Christian media outlets off the top search results.

The list is a who’s-who of popular sites whose news is blacklisted on Google Now.”

Other websites on the list include Patheos, Life News, the Catholic News Agency, The Christian Post, Glenn Beck and the Daily Caller.

“This particular black list is showing which news sites aren’t going to show up underneath the search bar when people are searching on their Android phone,” he explained.

“But for them to go under oath and say that thes blacklists don’t exist, while employees like me are able to just search through the internal search engine of the company and see that they do, it is hypocritical at the least and it’s perjury at the worst.

“If people don’t fall in line with their editorial agenda then their news articles get deboosted and deranked.

“And if people do fall in line with their editorial agenda then it gets boosted to the top.”

Vorhies said that the documents “were available to every single employee within the company that was full-time.”

He said he was so afraid for his life after releasing the documents that he put a “dead man switch” on the files in case he was assassinated.

However, he said he wanted to go public after concluding that something “dark and nefarious” was happening inside Google that could have a far-reaching impact on US politics.

“I saw that they were making really quick moves … that they were intending to sculpt the information landscape so that they could create their own version of what was objectively true,” he said.

Google has repeatedly denied bias.  Earlier this year, it told a Senate Judiciary subcommittee that it was neutral.

In a written statement to the subcommittee, chaired by Senator Ted Cruz, Google admitted that “sometimes our content moderation systems do make mistakes”, but added that its policy was to ensure its products “serve users of all viewpoints and remain politically neutral.”

In an open letter to Attorney General William Barr, conservative leaders called on the Department of Justice to investigate Google, Facebook and YouTube over alleged censorship.

They wrote: “At this point, it is undeniable that Facebook, Twitter, and Google/YouTube all have a significant liberal agenda hardwired into their platforms.”