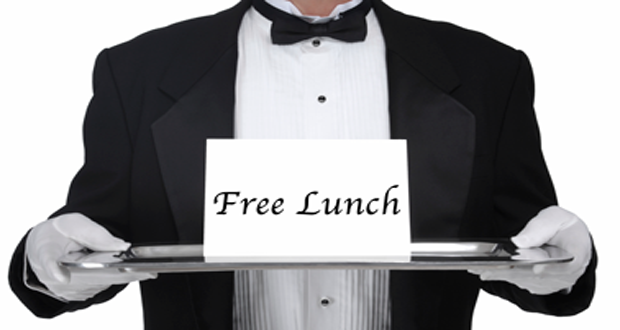 The saying “there’s no such thing as a free lunch” has been attributed to many people over the years. Someone must produce and someone must pay for what we consume. There has to be food in order for there to be a lunch and once that food is consumed it is not available for anyone else to consume. While this seems like a fairly basic economic concept, it is one that seemingly continues to get relearned the hard way throughout history.

Recent economic data is showing an alarming disparity between supply and demand. Even with a huge drop in March and April, retail sales are actually 1.1% higher than they were a year ago after the equally huge rebound in May and June. In comparison production is still down nearly 11% from a year ago. How can we be buying more while making less? Simple: debt, much of it government debt. Debt that we will be repaying for decades.

During the worst of things in April and May, government transfer payments to individuals accounted for over 25% of all personal income. 25%! This increase from the 17% average we’ve seen over the previous 5 year is concerning. Prior to 2008 the average was only 14%. Most of the increase this go around was from stimulus payments and unemployment benefits. The increase in these two things has been so large they’ve actually more than offset the decline in wages and salaries thus far. While the $600/week bonus unemployment ended last month, another round of stimulus checks look highly likely and some sort of other compromise to either extend the unemployment bonus and/or give back to work bonuses seems likely.

READ: Nearly 1/3 of investors 65+ sold stocks at the market bottom

Typically whenever spending grows, but production does not it is not a great sign. Venezuela is a classic example of this where production dove and then money was printed to pay for ‘lunch.’ The only way you can spend more while making less is by producing more money from a printing press. This then reduces the value of the money we all use. This is the cost of the ‘free’ lunch.

So why aren’t we seeing increasing inflation yet? After all, prices right now are on average only 0.6% higher than a year ago, well below the historical average for inflation. The personal savings rate is why. People so far are saving like never before. In March and April when government transfer payments accounted for over 25% of all income, the personal savings rate (the share of after-tax income that isn’t spent on consumer goods and services) hit its all time highest level ever at 32.2%. Last year that number was only 7.9%. The next highest level ever was just over 17% in May of 1975, still significantly lower that what we’ve seen here recently. With people saving 4 times more than last year it has helped keep inflation in check as that money is not being spent. If you print a lot of money, but it’s just sitting in a bank going uncirculated it’s the same as if it didn’t exist. At some point in time it’s not going to continue to just sit there and that’s where problems could start to arise.

The other thing helping (temporarily) keep inflation down is inventory reduction. You can spend more than you make if you have inventories to deplete. Just like the pantry at home, though, once depleted you must resupply if you want to continue having lunches. This is where we are at right now. Don’t expect hyper-inflation like Venezula, but do expect inflation to pick up steam.

Inflation and future tax hikes are going to be how we pay for the ‘free lunch’ the government is handing out through all of the Coronavirus related stimulus packages. Both of these things need to be accounted for in any investment or retirement plan. Being too conservative can backfire just like being too aggressive if what you’re making after taxes is already less than inflation (which historically has averaged 2.9%). Insult will be added to injury when taxes inevitably increase further reducing what you make. Every investment has some sort of risk and the big risk to being too conservative is inflation.

A good retirement and investment plan shouldn’t be too cold (conservative) or too hot (aggressive), but rather just right. Going too extreme might help eliminate one risk, but create a monster out of another. It is important to keep this in mind and not let emotion rule your financial decision making at a time it is rather easy to. If you’re interested in finding out what might be the ‘just right’ combination for your situation our firm is scheduling new client meetings via phone, video conferencing, or in person.

Previous: Most people want churches to follow same pandemic rules as other groups
Next: KFL announces winners of 2020 Oratory Contest 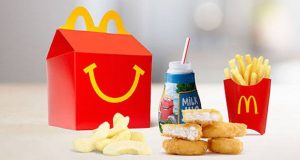