In the stadium where evangelists Billy Graham and Bill Bright rallied 70,000 during the Jesus People Movement five decades ago, the Cotton Bowl in Texas will soon host another massive gathering of Jesus people led by a man equally passionate about the gospel. 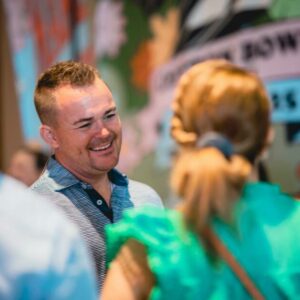 A historic gathering in 1972, Explo `72 drew 10,000 people onto the field to give their lives to Jesus Christ as Lord and Savior.

The enthusiastic response to gospel presentations by Graham and Bright was soon published on the cover of Life Magazine with the headline, “The Great Jesus Rally in Dallas.”

Together `22 hopes to duplicate the best of Explo `72 – a presentation of the gospel, equipping the saints, and serving people – for two days with scores of speakers and artists including Tony Evans, Francis Chan, LaCrae, Chris Tomlin and Dallas Jenkins.

The hope is that as people come together – all 50 states are represented – they will then carry the message of the gospel back to their families, neighbors, states and nations.

TOGETHER ’22 Campaign Video from Pulse Movement on Vimeo.

“More than we need an event, we need an encounter with the Most High God,” Hall says in a Facebook post, asking supporters to pray for tens of thousands who are coming to Together `22.

With other leaders, Hall believes the nation desperately needs revival and that Together `22 is part of God’s plan for spiritual awakening from coast to coast.

The ministry he leads, Pulse, drew hundreds of thousands to the National Mall in 2016 for an event later called Together.

For Hall and other Together `22 leaders, Explo `72 holds personal memories. Hall’s father came to faith in Jesus after students on his college campus attended Explo `72. They passionately shared the gospel on campus after bold challenges from Bright and Graham.

Others share similar stories, and all hope the same fervor spreads from Together `22 – further fanning the flames of revival. 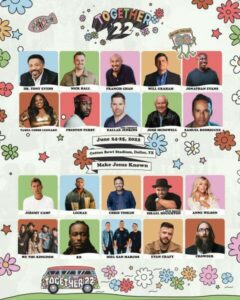 Tens of thousands of people across America are praying for Together`22 and many churches in the Dallas Metroplex are united in support, says Jeff Anderson, a coordinator for the event.

Anderson’s father was at Explo `72. As a result of his response to the gospel, three generations of the Anderson family now know Jesus.

“Those who come are equipped to take it back home, to work and school, beginning a gospel movement where they are,” says Anderson.

While Hall and Anderson are praying for thousands of young people – Together `22 is geared to high school and college students – a few generations beyond are welcome to come, too, then “go forward with the good news of the gospel where they are in life.”

At a Juneteenth celebration in Dallas on Saturday, Hall was invited to pray at Cotton Bowl Stadium, where he welcomed people to Together `22.

Preceding the opening of Together `22 on Friday night, African- and Hispanic-American leaders representing Gen Z and Millennials will lead in prayer on Thursday night, with 24/7 intercession beginning in the morning.

The popular series, The Chosen, impacted Gen Z so dramatically that producer Dallas Jenkins hints at a surprise unveiling during Together `22.

In addition, a documentary featuring Gen Z viewers of The Chosen will debut at Together `22.

After worship, inspirational messages and encouragement, Together `22 will spread throughout the Dallas Metroplex sharing the gospel and performing service projects.

Fourteen equipping seminars, workshops and breakouts will prepare people to share the gospel – like the focus of Explo `72 five decades ago.

Anderson asks for prayer warriors to uphold people who will hear and respond to a clear gospel presentation inside Cotton Bowl Stadium and around the world as Together `22 is live streamed. 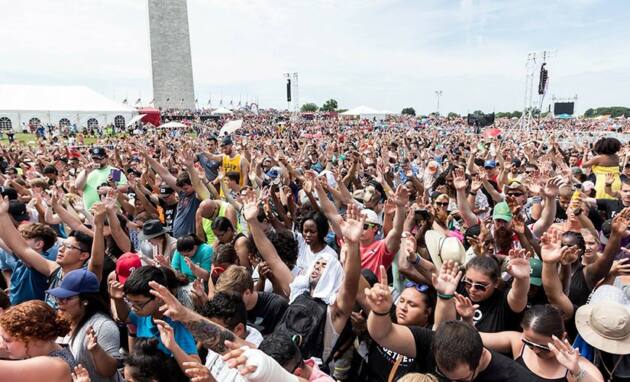 There are other scheduled events at Cotton Bowl Stadium.

“We believe that God, in a very supernatural way, is going to be drawing people to the Lord Jesus. They will come and hear God by His Spirit,” Anderson says.

In his lifetime, Graham commented that the Spirit of God takes the Word of God and drives it supernaturally into hearts.

“We’re trusting that will happen to those who are invited to come to the Saturday night event and the other equipping sessions,” Anderson says.

Prayers of protection and safety for staff, speakers, artists and travelers, as well as the weather are appreciated. A heatwave driving temperatures into the 100s is expected throughout the week in Dallas.

Two years after Explo `72 in Dallas, Bright traveled to Seoul, South Korea where he proclaimed the gospel during Explo `74.

Dai Sup Han, who was born in Seoul, found a copy of the Life magazine featuring the Jesus People Movement on its cover 10 years ago.

“I didn’t know there was an Explo `72,” says Han, who provides leadership to the Billion Soul Harvest in Colorado Springs, Colorado.

Han learned that the founder of Billion Soul Harvest, Dr. James Hwang, was saved during Bright’s preaching in Seoul. “Immediately he (Dr. Hwang) began to lead people to Christ, discipling them with little training,” Han says.

Hwang, also from Seoul, now lives in Colorado Springs where he recently led South Korean intercessors to pastors and churches to pray for revival.

Han attended another missions event, The Send, at Arrowhead Stadium in Kansas City last month, noting the friendships between Together `22’s Hall and Youth With A Mission’s Andy Byrd.

“God is definitely up to something in 2022,” says Han, adding that Billion Soul Harvest leaders are praying for Together `22 as they did for The Send.

In July, Billion Soul Harvest will host a global summit in Colorado Springs for up to 2,000 participants, including national and global missions and prayer leaders, along with 100 intercessors from Korea, as well as Christians throughout Colorado and across America.