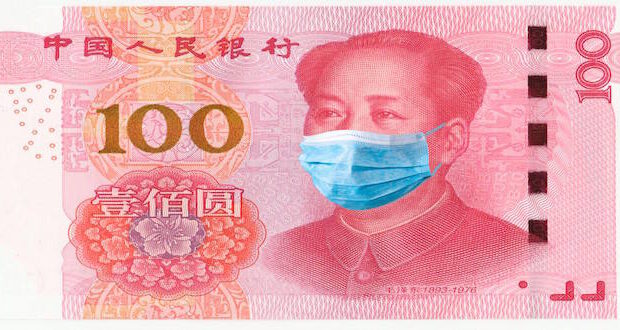 The world is uniting against China after diplomatic frustration and anger over the Communist regime’s secrecy, propaganda, misinformation and aggressive diplomacy reaches a boiling point.

In recent weeks, Chinese diplomats have engaged in verbal sparring over issues that include faulty medical products shipped from China, and countries demanding greater accountability from the regime in Beijing for its role in causing COVID-19 to spread around the world.

A large and growing number of countries are supporting President Donald Trump’s call for investigations and punishment of China and are summoning Chinese ambassadors over their behavior. Those actions include spreading misinformation about the pandemic, threats, spying and outright propaganda being broadcast into numerous nations and spread through Facebook and other social networking platforms.

Meanwhile, countries are increasingly hardening their stance toward the regime, rethinking their manufacturing dependence on China and acceptance of Chinese tech firms that pose security risks.

Tensions between Australia and Beijing spilled over this past week, after Australian officials called for an independent investigation into the origins of the outbreak in China. In response, Chinese ambassador Cheng Jingye hinted that China could boycott Australian goods if Australia didn’t back down about the inquiry.

READ: How many people really died in China?

If the investigation was to proceed, “Ordinary people might ask: ‘Why should we drink Australian wine? Why eat Australian beef?’” Cheng said in an interview with local media.

The Chinese regime has “for decades been able to push back on other countries by threatening economic consequences … but I don’t think it’s going to work as well anymore,” Helle Dale, senior fellow for public diplomacy at Washington-based think tank The Heritage Foundation, told The Epoch Times, adding that countries are now pulling together in their efforts to confront China over the crisis.

In Europe, lawmakers in Germany, Sweden, and most recently, the president of the European Commission — the executive arm of the European Union (EU) — have called for an investigation into the virus’s origin.

Meanwhile, The New York Times reported that the EU watered down its report on pandemic disinformation after pressure from Beijing, a claim that was denied by the EU’s top diplomat, Josep Borrell. While acknowledging that Chinese officials objected to the content, he said that the “revisions had been part of the normal editing process,” and the findings hadn’t been softened.

The Chinese regime’s sweeping disinformation campaign in recent months, aimed to deflect attention from its coverup of the outbreak, has prompted repeated pushback from Western governments, and further fueled countries to rethink their relationships with the regime.

DONATE: Like the news Metro Voice provides? We need your help.

“China is becoming more aggressive, more assertive, and its conduct throughout the COVID-19 episode has illustrated this,” Tobias Ellwood, member of Parliament for Britain’s ruling Conservative Party and chair of the House of Commons Defense Committee, told Epoch Times affiliate NTD.

He said that the regime’s lack of transparency during the crisis “has illuminated what many people were worried about already over the ability of China to act openly with the international community.”

Ellwood is among a growing number of Conservative Party politicians urging a reset of the UK’s relationship with the regime, including a rejection of Chinese telecom giant Huawei in the country’s 5G rollout.

Earlier in April, then-acting Prime Minister Dominic Raab said the country couldn’t return to “business as usual” with China after the crisis.

“We’ll have to ask the hard questions about how it came about and how it could have been stopped earlier,” Raab said.

Chinese diplomats and state-run media have ratcheted up their criticism of the United States as the Trump administration escalates demands for the Chinese regime to be held accountable for its virus coverup.

U.S. Secretary of State Mike Pompeo has called out remarks of Chinese diplomats as “classic communist disinformation.” He pointed to the Chinese regime’s efforts to silence doctors who tried to sound the alarm about the outbreak during its early stages.