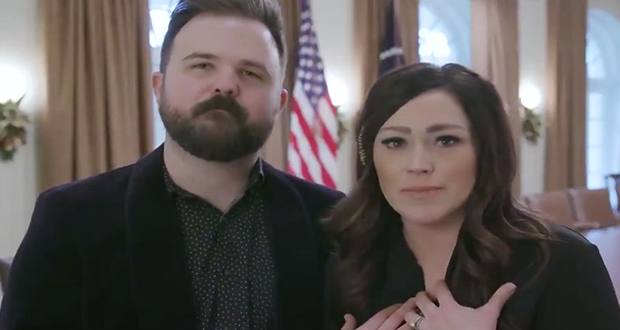 After several Pastors and worship leaders prayed for President Trump in the oval office, Kari Jobe, who was among them, couldn’t help but share the remarkable experience. It left her in “tears all day” and she was moved to “see what God’s doing in our White House.”

In a short video from the White House’s twitter account, Kari Jobe and her husband revealed their experience on December 6.

.@karijobe and @codycarnes shared about their visit to the White House with fellow worship leaders! pic.twitter.com/wTQE6EEvVr

A Powerful Moment for Kari Jobe

“The thing that moved me the most is how everyone is so for making sure we’re changing people’s lives. And not leaving those that are marginalized and those that have been trafficked,” Kari explained.

“I think those of us that don’t work in the White House, it can look really big and something that we can’t really end. But they are working to end these things. I’ve just been in tears all day. I’m so thankful to be part of this today and see what God’s doing in our White House,” she added.

Participants of The Gathering

Vice President Mike Pence proudly shared on twitter, “Wonderful stopping by a worship leaders briefing today at the @WhiteHouse! America is a proud Nation of believers and our Administration will always defend the freedom of religion of every American, of every faith!”

“On the outdoor steps, the hallways and the rooms of the White House today (including the Oval Office), worship, prayer, and blessings flowed from a bunch of songbirds. We came from across the nation, heard incredible testimonies of God moving, and believe we left a deposit of grace, peace, and hope.”

And for Kari Jobe, she believes that the briefing will go beyond the moment.

“God is moving. It’s very encouraging. It’s beautiful,” she concluded at the end of the White House video.

Previous: Church of Scientology in Kansas City offers Christmas display despite not believing in Jesus
Next: KC suburbs to get road improvement funding through state cost-share plan