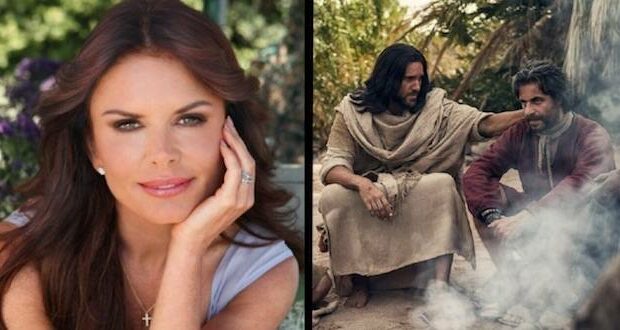 “Resurrection,” a new movie from award-winning actress Roma Downey, is being released just in time for Easter. In an interview with CBN, Downey explained that the time frame for the film takes the audience through the gospel and into the book of Acts, by focusing on the death and resurrection of Christ.

“The movie opens up at the crucifixion of Jesus, and we wanted to tell the story from the point of view of the disciples,” she said. “They scattered when he was murdered, they’re heartbroken, they’re afraid. In those few days, they wait to see if he will come back or not. In that time in Jerusalem, there’s so much going on.

“The drama plays out like a triangle, because we have the oppression of the Romans and they were ruling with an iron fist. We have the temple authorities led by Caiaphas, and they’re very anxious about Passover and keeping peace in the city, which is why they tried to kill Jesus off so quickly. Then we have the disciples who have just lost their beloved teacher, their leader, their Lord, and they’re unsure what to do next.”

Viewers will be able to sympathize with Jesus’s disciples, Downey said.

“The way the disciples are presented, there’s such a humanity in them that we the audience are able to relate to them,” she said. “We are able to identify with the variety of emotions that they’re going through, and we will see that fear and that grief turn to joy and elation when on the third day as promised Jesus does rise again.”

The movie is a production from MGM and LightWorkers. Downey said Discovery+ was the best outlet for the release because of theater closures during the pandemic and because the platform is interested in offering family-focused entertainment.

“It became clear to us around Christmastime that we weren’t going to be able to show this film in theaters as we had originally planned,” she said. “We looked around to see what platform we might be able to stream the film on. We are so grateful that Discovery+ boldly stepped up and said that they would love to have the film over Easter.”