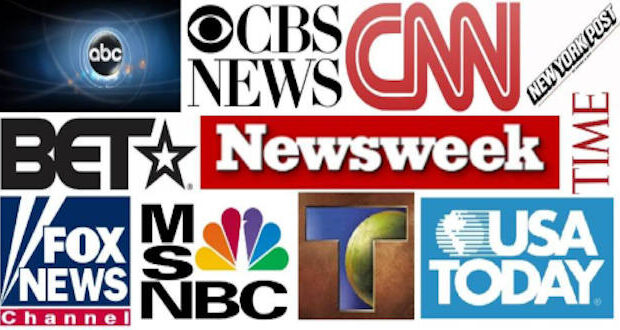 Newspapers and other media outlets are being criticized for using the talking points of Democrats in their reporting of the hearings for Amy Coney Barrett.

They’re being led by the Associated Press, which describes itself “an independent global news organization dedicated to factual reporting,” it would be problematic for an AP article to contain commentary packaged as news and facts.

With lightning speed, the Associated Press adopts Democrats' language on SCOTUS: adding members is now "depoliticizing" the court, only "critics" refer to it as "packing." pic.twitter.com/IBujBwmWE2

“Bullock said that if Coney Barrett was confirmed, he would be open to measures to depoliticize the court, including adding judges to the bench, a practice critics have dubbed packing the courts.”

The latest version of the article contains the following note:

“This story has been edited to make clear that it is Bullock’s opinion, rather than a fact, that adding justices to the Supreme Court would depoliticize the court.”

The media watchdog website Twitchy.com stats that “To call increasing the number of Supreme Court justices “depoliticizing” would be an egregious political overstatement if made by a Democrat politician, much less a news organization.”

The website notes that, “packing the court” or court packing is not a phrase recently invented by opponents of the Democrats’ desire to increase the number of justices.

Barrett was nominated to the court after the death of Justice Ruth Bader Ginsberg who died of complications of cancer. Ginsberg is on record supporting a president’s constitutional right to appoint and be given a Supreme Court nomination, up to election day.

Many say the left-leaning lurch, and not President Trump, is the biggest threat to an independent press. In  April of this year, Nancy Thorner & Bonnie O’Neil, writing for the Illinois Review stated “At a time when this nation is so divided, it is unrealistic to depend on the media for verifiable and unbiased reporting.  Instead, reports are tainted with bias directed at specific politicians, notably on the Republican side of the aisle.

It is the responsibility of every citizen to hold politicians and media sources accountable for what they say and report.”

Previous: Why swimming might be the best form of exercise you can do
Next: Amy Coney Barrett’s opening statement