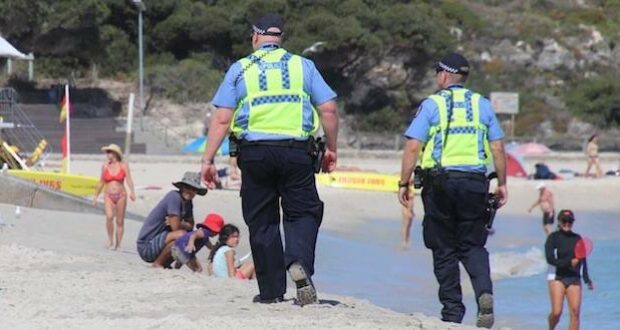 As Australia is increasingly described as a police state, a new bill mandates prison and a $67,000 fine for breaking covid mandates.

Australians living in the state of Victoria were shocked when the bill passed and it may fuel a growing protest movement that has cities like Melbourne seeing the largest unrest since the Vietnam War. The bill moves into the state’s Parliament this week.

These powers have been extended twice so far and have given the state government authority to impose public health restrictions such as lockdowns, mask mandates, shutting businesses, and domestic border closures.

However, the new Bill grants permanent, extraordinary powers to the health minister and Victorian Premier Daniel Andrews, as well as a range of hefty new penalties to ensure compliance.

Meanwhile an “aggravated offence” under the Bill, which includes not only a failure to comply with a pandemic order, but where it is also deemed that an individual knew—or ought to have known—that their behaviour could cause a “serious risk to the health” of another individual faces two-years imprisonment or an AU$90,870 (500 penalty units) fine of US$65,000.

Along with these fines, the premier will have the power to “declare a pandemic” and to extend it for a period of “three months at a time.” However, there is no limit on the number of extensions—such a law in practice could see Victoria placed under lockdown at the discretion of the premier.

It makes it possible to have an indefinite lockdown and has been met with a storm of criticism.

Matthew Guy, opposition leader of the Liberal Party, said he had never seen “such an attack on Australian democracy.”

Here are my thoughts on the revised State of Emergency legislation.
We are coming out of lockdown, there is no justification for this kind of overreach! pic.twitter.com/ZayabzXIor

“There’s no reference in this legislation at all to the Cabinet, therefore, there’s no Cabinet scrutiny. It’s all about one man, the premier; there’s no oversight by the Parliament as you’d expect,” he added.

“Don’t stand there and let our democracy be destroyed,” he said, calling on the public to be “vocal” about the issue to friends and online.

Rod Barton, leader of the Transport Matters Party in the upper house of the state Parliament said he was not consulted, despite claims the crossbench supported the Bill.

“I did not support the state of emergency the first two times it came before Parliament and I will not be supporting it this time,” he said in a video on Twitter, but noted that it appeared that the government already had support from the required number of MPs to pass the Bill.

“It appears the negotiations have already been settled and they have the three votes. It is now out of our hands.”

Previous: 1 in 4 men & women need a safe place to process the pain of abortion
Next: Condoleezza Rice on CRT: “We don’t have to make white kids feel bad for being white”