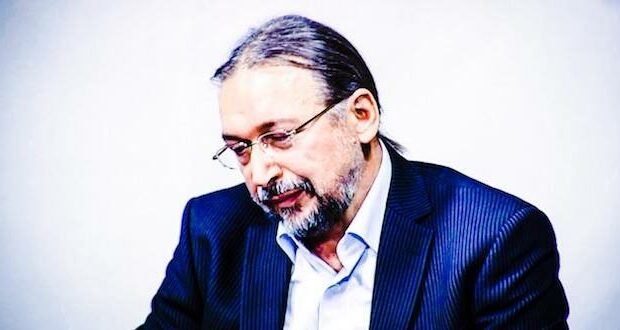 Alexander Ogorodnikov was on death row in a Soviet Gulag. His crime was promoting Christianity. A letter writing campaign saved his life.

A letter-writing and prayer campaign that helped free a Christian dissident in Russia stamped a lasting impression on me.

The late award-winning journalist Dan Wooding launched the campaign urging the release from the Russian gulag of a despairing believer, Alexander Ogorodnikov.

His “crime” was running a Christian discussion group while studying at Moscow State University. After five years incarceration, without a single letter or visitor, Alexander was suicidal and asked to be executed. 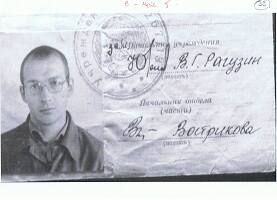 Keston, the British college that monitored persecution in the former USSR, heard of his plight, which Dan also learned about.

“I know it is a sin to commit suicide, but I am so lonely that I wish to ask you to have me executed by firing squad,” Alexander wrote to then-Soviet leader Mikhail Gorbachev. 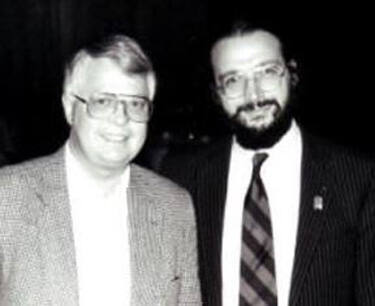 Within weeks of Dan’s pleas on behalf of Alexander to the American media thousands of letters arrived at the prison. Prayers were spectacularly answered when UK Prime Minister Margaret Thatcher persuaded President Gorbachev to release Alexander.

Dan, publicizing a Billy Graham crusade in Moscow, later had an emotional meeting with the former film studies student who began running a soup kitchen for the homeless in the city.

“You don’t know what it was like to discover that there were Christians who cared — who wanted me to live and who loved me,” Wooding was told.

I had watched Dan’s career blossom from his start in journalism with The Christian newspaper, meeting him a few times at faith events. The last occasion I saw him he was with wife Norma. I sensed her antipathy for Britain’s Fleet Street tabloids that some call the gutter press.

That changed when Dan rededicated his life to Christ and devoted his working life to report the good news from around the world about how Christianity was changing lives for the better. 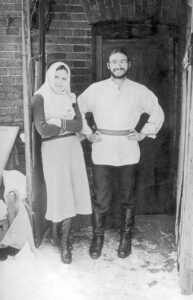 Before prison: Alexander Ogorodnikov in traditional Russian clothes with Yelena Levahova, his wife-to-be, in March 1976, at the entrance to the porter’s quarters at 25 Peace Boulevard, Moscow, where he lived before his arrest.

I would have loved to chat with Dan about his life story. Thankfully, he wrote most of it down in Tabloid to Truth, one of his 44 books.

Throughout my journalistic career I’ve produced outreach newspapers for churches and for organizers of Christian events. Since retirement, I’ve done my bit for the cause by defending the faith in letters to the media.

Dan’s campaigning came to mind and I thought I could step up a few gears by setting up a letter-writing World Watch (WW) group to plead for 340 million Christians facing persecution, discrimination, and even death in the Middle East, Asia, Africa and Central America because of their faith.

“Wherever U.S. evangelist Billy Graham preached people would confess to theft, return stolen items, and determine to live on the straight and barrow.

“WW’s ultimate goal is to see a letter-writing group in every church to bolster religious freedom. Two or three people are all that’s needed.”

Christopher added: “Stoke-on-Trent potter Josiah Wedgwood’s 1787 medallion, featuring a kneeling and chained African slave pleading: ‘Am I not a man and a brother?’ helped to end slavery in British colonies and America.

“As Dan Wooding showed, the cumulative effect of letters and emails could right so many wrongs in today’s world. Scant attention is paid to the United Nation’s demand for member countries to uphold freedom of religion.”

More Christians are now dying for their faith than at any other period in church history combined. We need take what action we can to counter this little-known and shocking holocaust.”

To join the effort, Christopher can be contacted at UK 01782 814101 or christopher.proudlove@yahoo.co.uk

Previous: ‘The Devil is Afraid of Me’: Exorcist describes his battle against demons and the occult
Next: U.S. Christians play vital role in restoring Church of the Nativity in Bethlehem