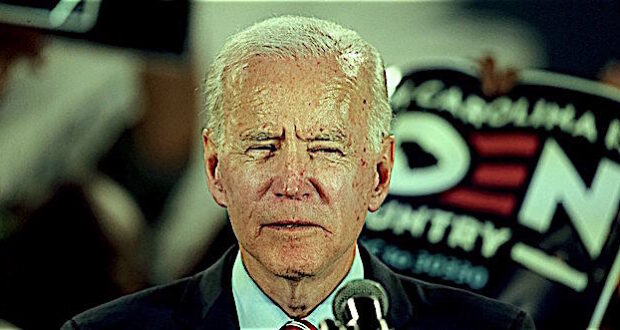 Democratic presidential nominee Joe Biden is courting voters of faith despite policies that go against key teachings of his fellow Catholics. Now a Catholic group is launching a multimillion-dollar effort to educate voters in key battleground states about his Biden’s “anti-Catholic” record.

CatholicVote, a national Catholic political advocacy group, announced a $9.7 million campaign to discourage Catholics from voting for Biden. The organization is producing an “in-depth report on Biden’s record on issues Catholics care about,: including a shortened voter guide version, that it plans to send to five million Catholic voters. The effort will also kick off with a $350,000 digital ad buy in the swing states of Pennsylvania and Michigan.

The group’s new effort, which involves full-time staff in six states and thousands of volunteers, will reach voters through digital advertising, parish-by-parish canvassing, direct mail, and get out the vote efforts in six states.

READ: Biden gets endorsement from nation’s most radical abortion group

“Joe Biden’s record makes clear he will not protect our Catholic values or defend our way of life,” said Brian Burch, president of CatholicVote. “For Catholics who cherish the faith and their freedom to live it, a Biden presidency represents an existential threat. Catholics are less focused on Joe Biden’s claims about his personal faith and instead on what his policies would do to the culture and their freedom to live out their own beliefs.”

Biden, who frequently touts his Catholic faith on the campaign trail, invoked Pope St. John Paul II during a campaign speech in Pittsburgh late last month as he encouraged voters to remain hopeful about the country’s future.

Biden’s presidential platform includes working to codify Roe vs. Wade, the landmark 1973 Supreme Court case that legalized abortion nationwide, as well as making sure his Justice Department does “everything in its power to stop the rash of state laws that so blatantly violate” the case. Biden also supports repealing the Hyde Amendment, which prohibits federal funds from paying for abortions.

Previous: Dave Says – Many benefits to budgeting
Next: Upgrade your outdoor living space