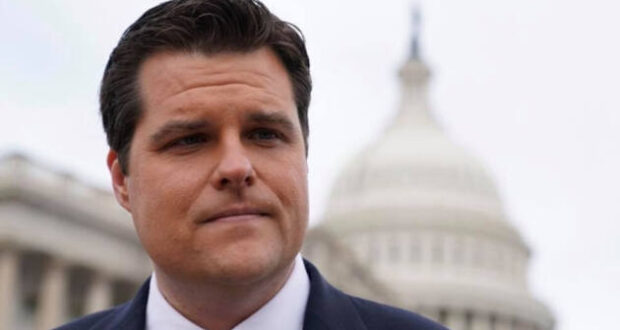 Congressman Matt Gaetz says he will vote his conscience and join other Republicans Jan. 6 and vote not to affirm the Electoral College results. The Congressional is needed to certify the presidential race was won by Democrat Joe Biden. A growing number of Republican lawmakers have stated they plan to object to vote tallies from several key battleground states over what they and a majority of Republican voters say are election night vote-counting irregularities.

“On January 6th, I’m joining with the fighters in the Congress and we are going to object to electors from states that didn’t run clean elections,” Gaetz said during a speech on Saturday.

NOTE: We are being censored. Please share this story on social media

The announcement comes as some media outlets have developed a “list” of elected officials, including members of Congress, who have expressed doubts about the election. Some on the left are saying the “list” should be used to harass the lawmakers. A Michigan lawmaker was reprimanded for telling her “soldiers” in a video that they “know what to do.” She later contended she was referring to “soldiers for Christ.”

Gaetz and others say they will have none of the bullying and will do what it takes to represent the 74 million-plus voters who chose Trump.

“Our friends in the media will breathlessly exclaim that we are attacking democracy. That’s nonsense,” Gaetz said. “Democracy is left undefended if we accept the result of a stolen election, without fighting with every bit of vigor we can muster.”

“It is time to stand and fight,” Gaetz added. “The odds may be tough. It may be the 4th and long, but we’re going for it on January 6th.”

The move to reject the tally is being led by Congressman Mo Brooks, an Alabama Republican.

The actions of both Senate and House Republicans is fully Constitutional as a way to correct fraud or other issues in a national election. The Constitution allows members of Congress to submit in writing their objection to any state’s electoral votes. In order for the objection to be discussed, a member of the House and Senate must both sign on to the objection. It is believed that there are several members of both the Senate and House who will do so.

Senate Majority Leader Mitch McConnell has been criticized after he urged Republican senators to not sign on to the effort. He just negotiated an almost $trillion stimulus aid that many contend is filled with pork-barrel spending for pet projects for the Democrat party.

It’s not sure if the effort on the electoral vote will work. For the objection to succeed, both the House and Senate must agree to the objection with a simple majority vote. The Senate, however, on its own, can stop the process, forcing a vote by legislative representatives in the House. That means that states with more Republican-controlled legislatures would outnumber Democrats.

The Trump team believes it is a long shot but say they are using every Constitutional means possible to make sure their voters are represented fairly.

Previous: Franklin Graham thanks President Trump, prays for his future
Next: Gov. Parson issues 24 pardons, calling it ‘the time of year for forgiveness’