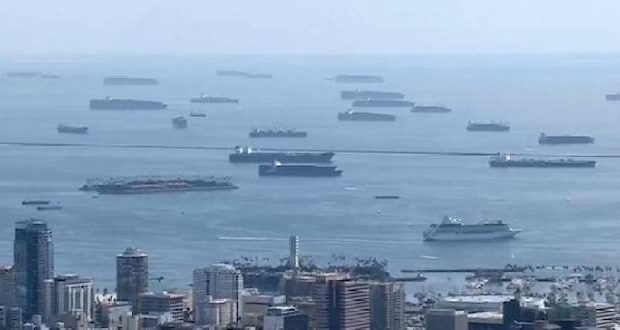 The container ship backlog crisis has reached new heights as the largest port in America sets a record. That’s according to Gene Seroka, the executive director of the Port of Los Angeles.

“We have about two weeks’ worth of work sitting at anchor right now,” Seroka told CNN, adding that port workers are currently trying to prioritize the cargo that needs to move from the port as soon as possible.

Some 200,000 shipping containers remain on ships off the coast, he added.

“There’s product that needs to get out there in super-fast speed,” he said. “Think about the toys, the other Christmas product, and parts and components for factories.”

His comment comes just days after growing criticism of President Joe Biden who announced that the Ports of Los Angeles and Long Beach have committed to 24/7 shifts to alleviate supply chain bottlenecks ahead of the Christmas shopping season. The White House also said it secured agreements with UPS, Walmart, and FedEx to increase the number of shifts.

The delays are being caused by numerous factors including labor shortages in trucking and dock workers, vaccine mandates, rising fuel prices and California regulations that require truckers be employed by a California company. Many trucking companies have left California over high tax rates, cost of living issues, and burdensome regulations.

It was also revealed last week that Secretary of Transportation Pete Buttigieg had been on leave since August 1 and only recently emerged to make a belated statement concerning the shipping crisis.

“We had 25 percent of all cargo on our dock sitting here for 13 days or longer [and] that’s been cut in just about half over the last week,” Seroka said.

Phillip Sanfield, director of media relations for the port, noted that although the Port of Los Angeles now operates on a 24/7 schedule, its terminals remain closed between 3 a.m. and 8 a.m. The terminals are privately owned and operated.

“Currently there seems to be no cargo owners who are looking to use the 3 am. to 8 a.m. window,” he told CNN. “Terminals don’t want to be open if there is no interest in using the gates. We’re not yet seeing demand by cargo owners to come get their cargo during the overnight hours.”

“The Port of LA is ready now. We have plenty of longshore workers. The issue is truckers and more importantly, cargo to be picked up,” he added. “We’re working with importers, terminals, etc. to get a demand for that window. There’s no one single lever to pull.”

Meanwhile, Danielle Inman, a spokesperson for the National Retail Foundation, told Politifact that Assembly Bill 5—which critics have said triggered a wave of owner-operator truckers and trucking fleets to stop doing business in California—may be part of the issue why there’s a shipping backlog at the ports. However, she stressed it’s not the only reason.

“The overwhelming increase in volume, lack of available equipment such as chassis, empty container return policies, lack of available warehouse space are all contributing to the ongoing congestion issues at the ports,” Inman told the website.