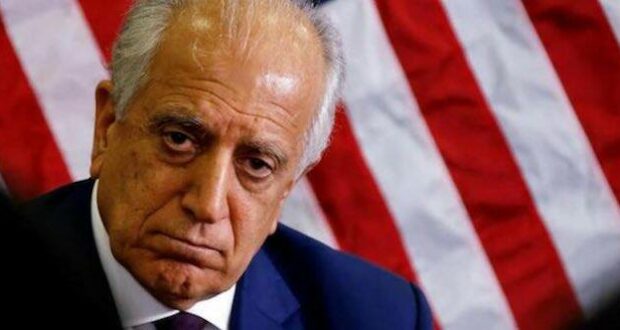 Biden envoy to the Taliban quits after two months

The U.S. special envoy to the Taliban has quit, saying the Biden administration’s efforts to prevent Afghanistan from becoming terror haven is failing.

U.S. ambassador Zalmay Khalilzad tendered his resignation on Monday in a letter sent to U.S. Secretary of State Antony Blinken. He will be replaced by Thomas West, who previously served as the deputy special representative.

In his resignation letter dated Oct. 18 and obtained by multiple media outlets, Khalilzad said his decision to step down comes “at a juncture when we are entering a new phase in our Afghanistan policy.”

He noted that he had returned to government “after the decision had been made to substantially reduce or end the military and economic burden of the Afghan engagement on the U.S.,” which he said was supposed to “free those resources for vital priorities, including domestic needs and the challenge of dealing with issues related to China.”

The departure comes as several U.S. generals have said the war in Afghanistan is not actually over, even after the failed withdrawal of U.S. troops.

The secretary did not elaborate on Khalilzad’s reasos to leave his post.

Khalilzad’s departure comes less than two months since the United States retreated from the country in mid-August, and the Taliban terrorist group subsequently took over. Reports say hundreds of Americans remain stranded.

The soldiers were leading an evacuation mission and screening people at the Abbey Gate of the airport, as thousands of Americans, Afghans, and other foreign nationals attempted to flee Afghanistan. ISIS-K later claimed responsibility for the attack, which also claimed the lives of more than 160 Afghans.

Khalilzad, who was tasked with dealing with the Taliban rulers, noted that despite his and his team’s efforts to negotiate with the Taliban and the Afghan government on a four-part framework and a “road to peace” and prevent the country from once again becoming a haven for terrorists, things “did not go forward as envisaged.”

The U.S. sought a partnership with other countries in which to place troops but was rebuffed, some say, after Biden abandoned the Afghan government.

Khalilzad explained that “the reasons for this are too complex and I will share my thoughts in the coming days and weeks, after leaving government service.”