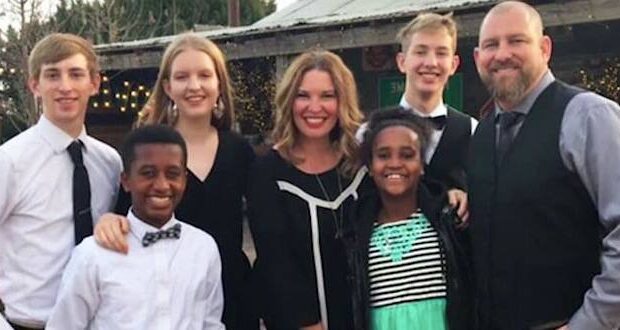 Christian author and reality TV participant Jen Hatmaker has filed for divorce from her husband, Brandon.

Hatmaker, who’s been married to Brandon since 1993, filed for divorce in Hays County 22nd District Court in Texas on Aug. 21. Weeks earlier on July 31, the Kansas native had asked for prayers on Facebook without specifying the “crisis” her family was navigating.

Hatmaker, who made headlines in 2016 for affirming same-sex marriage, wrote after nearly three weeks of social media silence at the time: “I’ve been quiet. In short, we are deeply hurting in our little life. As I’ve written, there is a difference between secrecy marked by shame and privacy marked by discretion, and we are in the second category.”

The author, who has reportedly made millions off her books and appearances, said she took a break “to help steer toward healing and wholeness.”

“Please know that everyone is safe, and all our kids are okay,” she said. “Also know that our community and family have radically cared for us, and we are surrounded by love and support. Jesus loves us. We are not alone.”

More recently, she wrote on Instagram, “If you carefully and consistently build the right things into your life, into your soul, into your relationships, into your very character – integrity, loyalty, trustworthiness, goodness, compassion, healthy community, honor, faithfulness, love, self-control, kindness – it will all hold when your life unravels. Every bit of it. Crisis doesn’t destroy it; it reveals it

“What has sat gently and softly inside your heart will come roaring out like a lioness when called upon to save your very life. The faith you tended holds like the Rock of Gibraltar. The healthy relationships you nurtured will be your anchor. Your good character keeps you true to yourself, true to what is noble and right, even as the waves crash over your head.”Bottom of Form

The filing for divorce comes two months after Hatmaker revealed that her daughter, Sydney, is lesbian. She said in a June 26 podcast, titled “A Moment of Pride,” that she was “glad.” She said it shouldn’t be seen as a coming out announcement for Sydney, because their family had known about her sexuality for quite some time.

In the podcast, Hatmaker’s daughter disclosed that she had grappled with reconciling her sexuality and her spirituality for many years. She said the “nail in the coffin” happened after she Googled various theological perspectives on homosexuality and saw an article that referenced her mother’s comments about loving the LGBT community, but not affirming the lifestyle.

Hatmaker, at the time, could not find biblical support for her views and was reported to have criticized others who quoted scriptural references against homosexuality. She responded by attacking evangelicals over marriage issues and expanded her attacks to include those who supported President Donald Trump in the 2016 election.