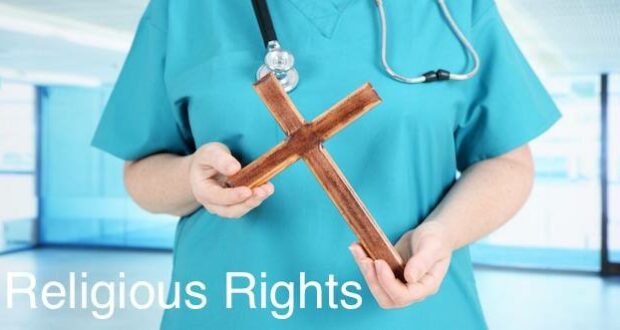 A federal judge ruled this week that the Biden administration cannot force Christian doctors and religious hospitals to perform abortions or gender transition procedures under Obamacare.

The case involves a portion of the Affordable Care Act that prohibits discrimination on the basis of sex. The Obama administration interpreted it as also prohibiting discrimination based on sexual orientation and gender identity, although the Trump administration reversed that policy and said it interpreted it as referencing “male or female and as determined by biology.”

In May, the Biden administration reverted to the Obama policy, with the Department of Health and Human Services saying it would interpret Obamacare as banning discrimination on the basis of sexual orientation and gender identity. The various interpretations affect what doctors and hospitals are required to do under federal law.

A coalition of religious and Christian doctors and hospitals filed suit in 2016 and have won several rounds in court, although the latest federal court ruling is the first hat addressed the Biden administration’s new interpretation. Federal Judge Reed O’Connor, in a 23-page decision, ruled the Biden administration’s rules “substantially burden Christian plaintiffs’ religious exercise in clear violation of” the Religious Freedom Restoration Act, a 1993 law.

“Enforcement of the 2021 interpretation forces Christian plaintiffs to face civil penalties or to perform gender-transition procedures and abortions contrary to their religious beliefs,” O’Connor wrote

O’Connor’s decision permanently prohibits HHS Secretary Xavier Becerra and his successors from interpreting or enforcing Section 1557 in a manner that would require the plaintiffs to perform or provide insurance coverage for gender-transition procedures or abortions.

Luke Goodrich, vice president and senior counsel at the Becket Fund for Religious Liberty, called the decision a “victory for compassion, conscience and common sense.”

“No doctor should be forced to perform controversial, medically unsupported procedures that are contrary to their conscience and could be deeply harmful to their patients,” he said. “These religious doctors and hospitals provide topnotch medical care to all patients for everything from cancer to the common cold. Everyone benefits when doctors are able to follow their professional medical judgment and their Hippocratic Oath to ‘Do No Harm.'”