Home / Faith / Ethical issues with technology to watch this year 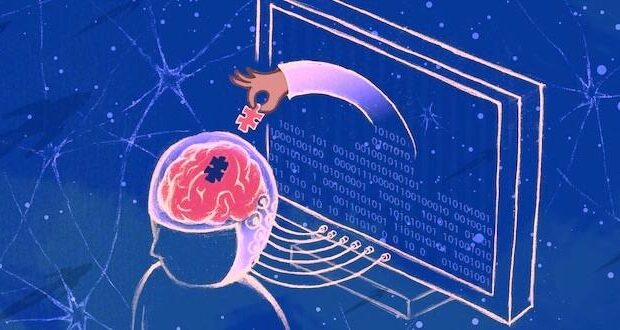 Ethical issues with technology to watch this year

For all of the good uses of technology, it has profound and consequential effects on us as humans. It shapes us in particular ways, including how we see and engage with those around us. While many today are reframing what it means to be human, Christians know that every person is created in God’s image and has inherent dignity. Furthermore, we know that our identity is rooted in God our Creator and that we are to love Him and love our neighbor as ourselves (Matthew 22:37-39). This question of human identity is central to many of the top ethical issues of the day, especially in our technologically rich society.

If 2021 taught us anything, it is that we need to take these particular ethical issues seriously. The church needs to understand that technology is becoming one of the primary disciplers of our people, forming us in ways that we may never fully understand. In light of these realities, here are four of the top issues to keep an eye on in 2022.

Of all of the issues our society faces today in terms of technology, there is widespread agreement across partisan lines that content moderation is one of the most consequential debates today, even if that agreement only consists of an acknowledgement that the current state of things is not sustainable in the long term. Some argue that technology companies need to moderate more content – especially around fake news, misinformation, and hate speech – while others argue that these companies are simply suppressing certain types of speech that they disagree with on ideological grounds and acting as unaccountable “moderators” in the open marketplace of ideas.

In 2022, these issues will only become more controversial and divisive as major political parties in the United States and in countries around the world debate and possibly legislate how and by what standard these companies should moderate or suppress certain types of content online. One of the key elements in this debate will be where to draw the line over free speech and the nature of religious freedom in the public square.

This past year, I have heard from countless pastors and ministry leaders about how to navigate the rise of fake news and misinformation in their local churches. Some Christian leaders argue that misinformation is not a problem plaguing the local church, but this is often because many of us have become so accustomed to it. And almost no one truly believes they are spreading a conspiracy theory or fake news, given that they believe it to be true.

One of the most subtle and deleterious effects of technology today is how our society perceives truth and how the information overload we face each day is causing all of us to lose a grip on reality. This isn’t an isolated occurrence but has become a cultural practice across political, social, and even religious grounds. While this debate is endlessly complex, one of the most countercultural things we can do in the midst of information overload is to simply say, “I don’t know.” Conversations about these problems will only grow in the coming year as our society awakens to the fact that misinformation and fake news have real-world consequences.

Amid many of the digital issues of the day, there is one issue that seems to be right outside of the limelight but will likely be a central ethical concern in 2022. With the ubiquity of technology and our dependence on it, there is the vast and growing concern over personal privacy and the use of data. Governments around the world are beginning to or have already regulated the flow of data and who has access to it, often focusing on a right to privacy. In the U.S., there has been a continued push for a federal digital privacy law similar to that found in the European Union with the GDPR and states like California with the CCPA. In 2021, much of the movement in this space centered around what it could look like for the U.S. to have a “digital bill of rights” as we move further into this digital-first world.

READ: How technology has change the context of death

For Christians, a right to privacy is not derived from the moral autonomy of the individual, as in many non-Christian ethical theories, but from the dignity of all people. One of the functions of privacy in this world is a way to care for the vulnerable among us and uphold their dignity as image-bearers in a technologically rich society. As we see each day, however, data and information can and will be used, abused and manipulated toward selfish ends because of the prevailing nature of sin in the world.

Unfortunately, technology will be used to control and strip others of their dignity. One of the main ways this will be done in our digital society is through the misuse of data and information. Thus, there is a great need for a right to privacy grounded in a transcendent reality of human dignity, rather than the pursuit of autonomy and individual freedom. In 2022, we may see some more movement from local, state and federal governments to address these important issues of data collection, personal privacy and the use of this information by private and public actors alike.

In 2021, we saw the explosive growth of technology control entire people groups and even nations. While much of the focus in the West was on how technologies are shaping how we see the world around us, throughout the world these tools are still being used to prop up strong men and authoritarian regimes – bent on controlling the flow of information and subjecting people to massive propaganda in order to retain power and positions over those who are vulnerable. One of the clearest examples of digital authoritarianism is seen the continued genocide of the Uyghur people in China under the repressive Chinese Communist Party (CCP).

As I recently wrote, the CCP uses many forms of technology to suppress basic human rights, surveil its citizens, and subjugate our fellow image-bearers to some of the worst forms of both physical and mental abuse. Technology is one of the most powerful tools the CCP has in its arsenal to control and manipulate others. But this heavy hand of authoritarianism isn’t limited to the CCP. Nations around the world have shown that they will use any means necessary to limit access to information, suppress free expression and cut people off from the outside world altogether. In recent years, we have seen this take place in Iran, Russia, Belarus, and most recently Cuba.

As we move into 2022, it is clear that digital authoritarianism is becoming commonplace around the world

As we move into 2022, it is clear that digital authoritarianism is becoming commonplace around the world and will only continue to rise as technologies become more accurate and accessible to those bent on suppressing human rights and religious freedom in order to maintain position or power over others.

As Christians engage the most pressing issues of our day, we must do so with a rich vision of human dignity and a public theology that is rooted in the truthfulness of Scripture. While ethical issues with technology may seem unimportant or pale in comparison to others at times, we must remember that these concerns are central to many of the ongoing debates we have been having for many years. Looking out onto the ethical and policy landscape of 2022, there is much to be hopeful about, but there are also many pressing issues that need to be addressed by thoughtful and rich engagement from the church – as she proclaims the goodness of God’s design and the truth of the Gospel to a world desperately in need of both truth and grace.

–By Jason Thacker, chair of research in technology ethics at the Ethics & Religious Liberty Commission.

Previous: How Cup Noodles became one of the biggest success stories of all time
Next: Good news: Study finds deaths from Omicron are 91% less than Delta