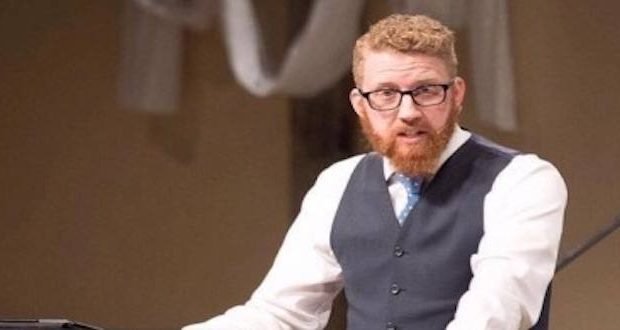 Dave Gass left his wife after an affair, according to his previous church, and has now renounced his faith.

A fallen pastor, who left his church in disgrace, has differing views from the church about his departure and circumstances around the egregious sin that led to it. The pastor’s statements have forced the church to state publicly why he left–something they had previously, and appropriately, preferred to keep within their church family.

Dave Gass most recently led Grace Family Fellowship in Pleasant Hill, a suburb of Kansas City, Missouri. The fallen pastor has now renounced his Christian faith as a system rife with abuse that caused him “mental and emotional breaks” but may not be telling the whole story.

A representative from Grace Family has now publicly accused him of being an unrepentant adulterer.

Gass, who claims to have previously pastored a “megachurch” before taking the job at the 150 member Grace, reportedly first made his announcement in a series of now protected tweets. Before they were hidden by Gass, they were copied and shared across multiple social media platforms.

“After 40 years of being a devout follower, 20 of those being an evangelical pastor, I am walking away from faith. Even though this has been a massive bomb drop in my life, it has been decades in the making,” he began in the thread before moving on to compare Scripture to Greek mythology.

“When I was in 8th grade and I was reading Greek mythology, it dawned on me how much of the supernatural interactions between the deity of the bible and mankind sounded like ancient mythology. That seed of doubt never went away,” he said.

He explained how he was raised in a “hyper-fundamentalist” Christian home where Christianity “didn’t work. The promises were empty. The answers were lies.”

Even so, he grew up to be a serious Christian, he claims, who rarely missed church or failed to study Scripture.

“I was fully devoted to studying the scriptures. I think I missed maybe 12 Sundays in 40 years. I had completely memorized 18 books of the bible and was reading through the bible for the 24th time when I walked away,” he wrote.

None of it, he claims, helped his marriage and he apparently continued to sin and break his marriage vows for at least a year while serving at Grace Family according to the Christian Post.

“As an adult my marriage was a sham and a constant source of pain for me. I did everything I was supposed to – marriage workshops, counseling, bible reading together, date nights every week, marriage books – but my marriage never became what I was promised it would be,” he said.

He went on to discuss how miserable his life eventually became as his expectations, including experiencing the supernatural failed to match up with the reality he was experiencing.

“An inescapable reality that I came to was that the people who benefited the most from organized religion were the fringe attenders who didn’t take it too seriously. The people who were devout were the most miserable, but just kept trying harder,” he said.

He said he struggled so much with his church experience it began to affect his mental and ultimately physical health.

“This massive cognitive dissonance – my beliefs not matching with reality – created a separation between my head and my heart. I was gas lighting myself to stay in the faith. Eventually I could not maintain the facade anymore, I started to have mental and emotional breaks. My internal stress started to show in physical symptoms. Being a pastor – a professional Christian – was killing me,” Gass claims.

Strangely, Gass did not mention his personal choices as the reason for his loss of faith or the loss of trust with his wife.

To save himself, he claims, he chose to walk away from the church and, apparently, his family.

“Eventually I pulled the lever and dropped the bomb. Career, marriage, family, social standing, network, reputation, all gone in an instant. And honestly I didn’t intend to fully walk away, but the way the church turned on me forced me to leave permanently,” he said.

He apologized to his former followers and said he still loves those who describe him as an “apostate.”

“I know that many will call me an apostate, say I was never really saved, that I was a wolf in sheep’s clothing, and that a hotter hell awaits me. And to you I say I love you. My heart is tender toward you,” he said while not addressing how his actions were “tender” towards his previous wife and their marriage covenant or his family.

“To those who have been in my congregations or under my teaching/preaching I sincerely apologize. I thought I was right. I thought I was doing the right thing. I thought I could fake it until I made it. I was wrong. I’m sorry. I love you,” he added.

Grace Family Church has been put in an awkward position of having to correct the record after their former pastor began rewriting history, they say, and justifying his actions which broke the trust of his marriage and the small church.

Justin Thuttle, a deacon at Grace Family Fellowship Church, posted on Twitter that Gass was not entirely forthcoming about his faith journey and branded him an unrepentant sinner.

“Yes, he was my pastor when he ‘walked away.’ He actually just slept with a married women (sic) in the church and got caught. He never repented and they still live together,” he wrote in a tweet last Thursday.

“Last year all the information came to light. The affair happened for almost a year before it was uncovered. So the whole, ‘I did everything right in my marriage’ part was kinda funny until I saw how many people liked his story,” he said.

A representative who asked to speak anonymously told the Post that Thuttle’s response is accurate.

“Justin’s input is accurate. I would only add that, to our knowledge, none of the churches where Gass was on staff were megachurches. And after he resigned, he cut off all communications with anyone from Grace Family Fellowship,” the representative said.

Jabell1013 stated, “Sadly this is the story of someone who never knew the gospel, Jesus, or the Holy Spirit. Bible knowledge, left alone, cannot and will not save you. Frankly, you can’t walk away from a genuine faith you never had to begin with. There’s still hope for this guy.”

But even some of those commenting on an atheist subreddit have no love for the former pastor.

yacleen posted on Reddit, “If this guy had an affair with one of his congregants, he’s an abuser.”