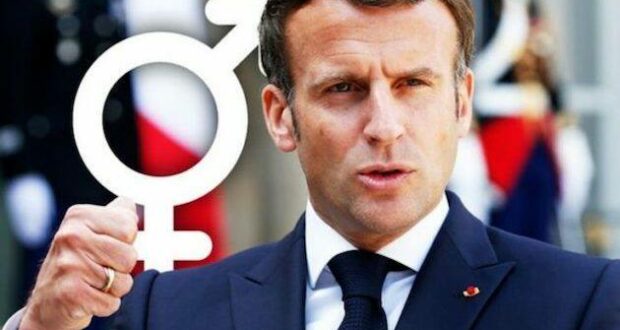 France has banned the use of gender-neutral language in schools nationwide. The move comes as a backlash grows around the globe against efforts on the left to redefine biology and remove any reference to male and female in schools, business and government.

That movement was roundly ridiculed on Mother’s Day when LGBT groups and even Democrat members of the U.S. Congress referred to the holiday as “Birthing Persons Day.”

The decision in France, the birthplace of modern European Democracy, is also about language and they’re blaming American leftists forcing a woke society on other nations. In particular, leading French politicians, journalists, and intellectuals have started to warn in recent months that far-left woke culture from the United States was a threat to France.

The Daily Mail is reporting that “the country’s education ministry issued the ruling last week after a push to include full stops in the middle of written words – dubbed ‘midpoints’ – which allow both male and female forms to be represented simultaneously.” The British newspaper went on to explain that “in French grammar, nouns take on the gender of the subject to which they refer, with male preferred over female in mixed settings.”

The Académie Française, a nearly 400-year-old institution that guards the French language, pushed back on the attempt to make the language woke, saying that it is “harmful to the practice and understanding of [French.]”

Nathalie Elimas, the State Secretary for Priority Education, said on Thursday that the attempts to make the language woke were “a danger for our country” and “the death knell for the use of French in the world.” Schools in France were just the beginning.

The SUD Education Union, one of the most leftist unions in the country, issued a statement attacking the ban and called on schools to ignore it.

“”SUD Education demands from the Minister that he stop trying to impose his backwardness on the educational community,” the statement said. “SUD calls on staff to take no account of these instructions from another time, and to exercise as they wish, depending on professional situations, the full use of their pedagogical freedom.”

“Emboldened by these comments, prominent intellectuals have banded together against what they regard as contamination by the out-of-control woke leftism of American campuses and its attendant cancel culture,” The New York Times reported in February. “With its echoes of the American culture wars, the battle began inside French universities but is being played out increasingly in the media. Politicians have been weighing in more and more, especially following a turbulent year during which a series of events called into question tenets of French society.”

The Times’ report notes that some of French President Emmanuel Macron’s remarks were made in a speech that he gave late last year. The Times surmised that  Macron’s speech as a warning that American “woke leftism” was an “existential” threat to France that “fuels secessionism,” “abets Islamism,” “gnaws at national unity,” and “attacks France’s intellectual and cultural heritage.”