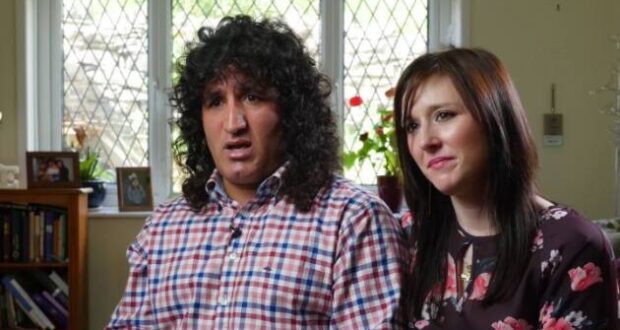 After missing several questions on a Bible quiz administered by a British judge, an Iranian Christian faces deportation and possible torture.

The 38-year-old Christian convert’s appeal was earlier rejected because he wasn’t able to name Judas as the betrayer of Jesus at an immigration hearing. Reza Karkah from Bradford, England, says he would face imprisonment, execution and separation from his British wife and daughter if deported to Iran. He is reapplying for asylum to the U.K.’s Home Office.

Christian Legal Centre, which is supporting his case, says Karkah fled Iran for the U.K. in 2003, and they suspect Iranian authorities would punish him for his conversion to Christianity.

At an earlier immigration hearing, Karkah found it difficult to understand the 150 questions he was asked, including his favorite passage from the Bible, and identifying the betrayer of Jesus and the denomination into which he was baptized, according to The Times of London. Unable to answer some of the questions correctly, his application was rejected as the judge was not convinced he was a real Christian.

Andrea Williams, chief executive of the Christian Legal Centre, stressed, “Reza Karkah is the real deal. A courageous man transformed by the gospel and the hope of the Lord Jesus Christ. At stake here is not just the life of Reza, but also his equally brave yet vulnerable wife, and their beautiful daughter.”

If he is deported, his wife, Leigh Riley, would find it difficult to look after their 4-year-old daughter, Rosie, Karkah said. “I am afraid that my daughter will think I have abandoned her if I was deported.”

“I feel weighed down and that my life is on hold. Knowing that I could be snatched off the street makes me nervous about leaving the house. We pray each time we go out that Jesus will have mercy on us. I now have a new life and a new hope. To think that this could be taken from me in a moment is horrible.”

Leigh, who was born in Yorkshire, said, “When I was down and out on the streets, meeting Reza changed my life. He was the first person who was kind to me. Now we are a family and I am a mother to a beautiful four-year-old daughter. I don’t even want to think about what they might do to my husband if he was returned to Iran. You hear such terrible stories.”

In its judgment in 2018, the Home Office said that he would not be exposed to “a real act of persecution” if he was deported.

Williams argued that the Home Office often fails to properly understand “the nature of Christian faith or the scale of the challenges faced by Christians in Iran.” Converting from Islam is illegal in Iran and punishable by death.

Karkah’s initial bid for asylum was rejected in 2004, making him homeless, addicted to drugs and a petty criminal. That’s when he met Leigh. A year later, they converted to Christianity as a result of a local church’s outreach program.

After being baptized, Karkah quit drugs and is now an active member of a church. He has not committed any crime over the last five years.

“The people at the soup kitchen spoke to me about Jesus Christ, the Bible and the need for salvation,” Karkah recalled. “They were kind and compassionate giving us access to a doctor, sleeping bags and clothing. I found hope, we both became Christians. Since then our lives have completely changed. My wife is unrecognizable from the disheveled, broken and abused woman I met in 2012.”

Last year, the Home Office said it would take a second look at another Iranian Christian’s asylum claim after the department first denied the application, arguing that Christianity is not a peaceful religion.

The department faced international criticism for attacking Christianity as a violent religion in a letter stating their reasons for denying the Christian convert’s asylum application.