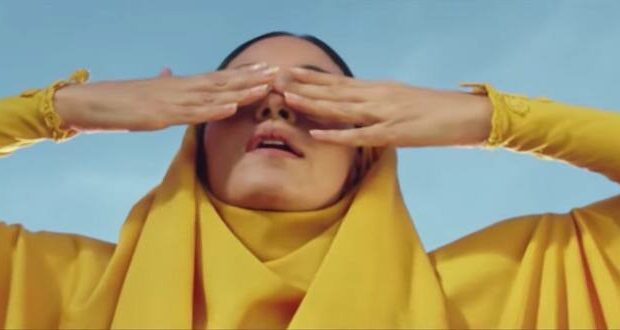 Iranian protests continue with millions of women, men and teenagers protesting the brutal regime that dictates most aspects of life. Now, a music video originating from the Iranian regime‘s arch-enemy, Israel, has been adopted by protesters.

Israeli celebrity Liraz Charhi produced the song and video to honor the brave Iranian women who are risking their lives by protesting the death on September 16 of Mahsa Amini, a 22-year-old Kurdish Iranian woman.

Amini was beaten to death while in custody of the Morality Police, who had apprehended her for wearing her hijab incorrectly.

Charhi, who was born in Ramla, Israel, hails from a Jewish family of Persian origin. She currently plays a Mossad spy in the hit Israeli TV series “Tehran.”

Her music is being played by the protesters, Hebrew-language news site N12 reported along with an interview with the Israeli actress/musician. Lyrics include, for example, “Until when will we be silent? Until when will we keep our heads down?” The entire album was recorded in Persian so there would be no language barriers for the Iranians.

Many Iranian women have been sending messages of gratitude to Charhi via Instagram, according to the report.

Her recent recordings, together with her band and the Iranian musicians, were made secretly in Istanbul, one of the few countries that Iranians can travel to without restrictions. The Iranian musicians courageously participated on the condition that their faces were masked in any photographs.

Golden hijabs were woven to mask their identities, Charhi said in the interview. However, one of the musicians, who insisted on exposing some of her hair, was later identified and outed in Iran for performing with an Israeli, the report said..

“I’m taking you into the Persian underground, the Iranian underground,” Charhi told the reporter when they reached he dark basement floor of the building in Istanbul where her recording studio is located. Everything was conducted in absolute secrecy.

“We know Iran has a problem with Israel,” said one of the Iranian musicians, “but if we just make music, it’s fine.”

“I know it may be dangerous, but I do what I love.”