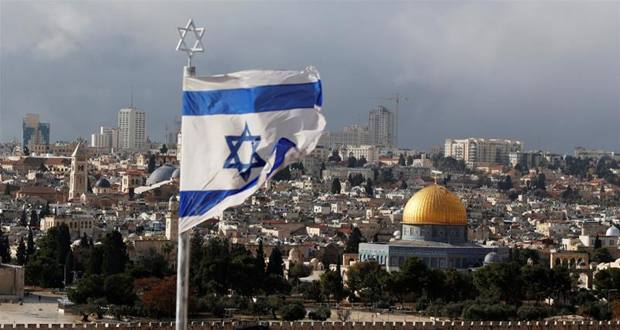 Democrats in the U.S. House of Representatives are pushing through a vote Friday on their two-state resolution that would give the Biblical heartland of Israel to the Palestinian Authority.

This  “two-state solution” would transfer the region of Judea and Samaria to Arab Muslims, thus denying Israel the heart of the land that features centrally in the Bible. It also opens up the possibility of Jerusalem once again being “split” in two as it was when Jordan’s military occupied the eastern half of the city for 30 years up until 1967.

After Israel successfully defended itself and defeated all Arab nations that invaded it that year in what is known as the Six Day War, the city was reunited under Israeli control.

When the artificial term “West Bank” is used, it is referring to Biblical Judea and Samaria. The name West Bank was invented in 1948 by Jordan to describe the land west of the Jordan River that it occupied after it and other nations attacked Israel when it became an independent nation. In addition, the term Palestinian (a term coined by the Roman Empire) had previously referred to anyone living in Biblical Israel – including Jews, Christians and Arabs. After Israel became a nation, Arab Muslims kept the nickname for themselves and continue to use it to describe themsekes as a “people.”

The bill to create a “Palestinian” State was introduced by Reps. Alan Lowenthal (D-Calif.), Gerry Connolly (D-Va.), and Karen Bass (D-Calif.). It emphasizes the U.S.-Israel relationship on issues from national security to shared values such as “democracy, human rights and the rule of law.”

At the same time, it also states, “The United States has long sought a just and stable future for Palestinians, and an end to the occupation, including opposing settlement activity and moves toward unilateral annexation in Palestinian territory.”

It also reinstates funding that was cut by the Trump administration after it was discovered it had been used to fund the families of terrorists convicted or killed in suicide bombings and other terrorist attacks.

The resolution currently has 192 co-sponsors, all Democratic. No Republicans have signed on to support the bill.

But, according to The Hill,  some GOP members maintain the resolution undermines the Trump administration ahead of any release of their expected peace plan, serves as a rebuke of the recent policy shift to recognize Israeli settlements as in line with international law and undermines typically bipartisan support for Israel.

Rep. Lee Zeldin (R-N.Y.), spoke out against the resolution as one of the most partisan votes in the chamber’s history.

“Support for Israel in this chamber has long been bipartisan, and for whatever reason, the majority is choosing to advance their resolution tomorrow that is going to have one of the most partisan votes to ever take place regarding Israel ever in the history of the House of Representatives. Congratulations,” he said on the House floor.

“The Palestinian Arabs have rejected any peace talks with Israel and refuse to discuss peace with the United States,” said the Zionist Organization of America in a statement, rejecting the proposed resolution.

“After two inconclusive Israeli elections and the prospects growing for a third, it is completely inappropriate for the U.S. House of Representatives to try to interfere with Israeli policy as Israel tries to form a new government,” the organization argued.

“JDCA strongly supports the passage of H. Res. 326, which is co-sponsored by nearly 200 Democrats and reaffirms decades-long, bipartisan U.S. support for a two-state solution to the Israeli-Palestinian conflict,” Halie Soifer, the group’s executive director, told JNS.

“This resolution is especially important in light of the possibility of unilateral Israeli annexation of the West Bank, which would significantly impede prospects for a two-state solution and may call into question Israel’s future as a secure, Jewish, and democratic state,” added Soifer.

Therefore, she said, “we call on Republicans and Democrats who support a strong U.S.-Israel relationship to vote for this resolution when it comes to the House floor for a vote on Friday.”

The American Israel Public Affairs Committee (AIPAC) told JNS it does not have a stance on the measure.

The Israeli military, which controls the border of the “West Bank” estimates that there are only 1.5 million Arab muslims living in Samaria and Judea while compared to 750,000 Jews calling it home. The Israeli government has recently indicated it might just annex the area to end the conflict.

Previous: Once near death, little girl is celebrating miracle of Christmas with new liver and kidney
Next: City Christmas Tree delivered to Downtown Topeka; lit to start parade