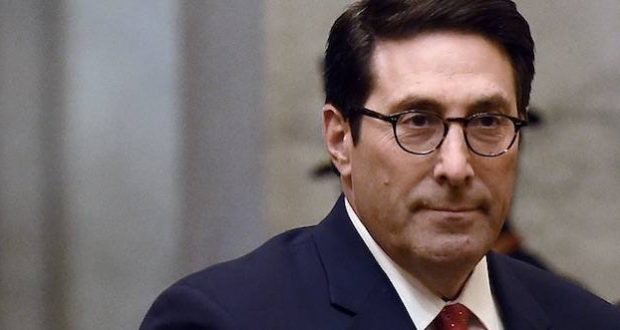 Respected attorney Jay Sekulow is defending the President against the Democrat impeachment effort.

Attorney Jay Sekulow has taken center stage in President Trump’s impeachment trial in the U.S. Senate. His career has followed a winding path to the pinnacle of power, according to a Religion News Service story.

Sekulow was a partner in his own small Atlanta law firm when he stumbled into a problem because of changing IRS regulations regarding some residential renovations he was handling for clients. As a result, he was sued, forcing his firm to declare bankruptcy. An old friend, Moishe Rosen, founder of Jews for Jesus, showed him a way out.

He accepted Rosen’s invitation to argue a Jews for Jesus appeal to the U.S. Supreme Court, despite Sekulow’s lack of experience in constitutional law. At the age of 18, while a student at Atlanta Baptist College, now Mercer University, Sekulow who is Jewish by birth had accepted Jesus (Yeshua in Hebrew) as savior in part through the influence of Jews for Jesus.

The Los Angeles Airport Authority had passed a regulation prohibiting groups such as Jews for Jesus from distributing literature in its terminal at LAX. The regulation was overturned 9-0, to great acclaim in the evangelical world, which felt in dire need of a legal champion.

On the strength of that victory and several others that followed (including one in 1992 that protected the rights of Hare Krishnas to distribute airport literature), Sekulow founded a public-interest law firm defending the rights of believing Christians, called Christian Advocates Serving Evangelism, or CASE. Ultimately, Sekulow would argue a dozen cases before the U.S. Supreme Court, with an 8-4 record.

The shredding of the #Constitution at the hands of the #DeepState & #RadicalLeft could truly place our republic at risk. We at the @ACLJ are dedicated to defending the Constitution & we need your help. Sign our urgent petition now. https://t.co/EFKHvjJXjl

Until the impeachment trial, his representation of President Trump in the Mueller investigation, beginning in 2017, was as a media advocate as much as a litigator. Sekulow appeared frequently on Fox News and CNN to defend the president. Now, he is engaged in the highest profile case of his career.

“I don’t call it luck,” he said. “I don’t believe in chance. Everything happens for a reason. God orchestrates these things.”

Previous: Football fans ready to wing it on Super Bowl Sunday, study finds
Next: Trump makes history by speaking at March for Life