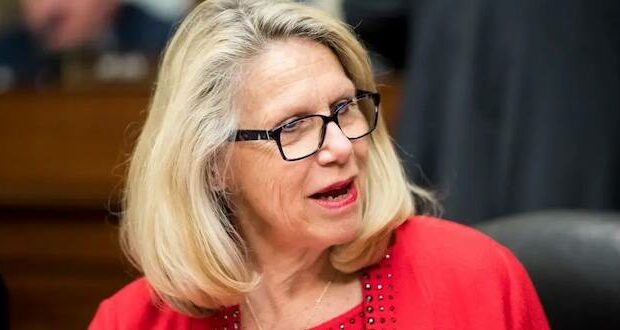 Pro-life House Republicans have introduced a congressional resolution to declare June as the “Month of Life.”  The effort is being spearheaded by Rep. Carol Miller (R-W.Va.) to commemorate the Supreme Court’s decision that Roe v. Wade is unconstitutional.

“As a mother and grandmother, I know the joy that children bring to a family,” Miller said in a July 1 statement from her office. “All children, no matter their age, should be cherished, and the Supreme Court’s decision reaffirms that.

She added: “I am thrilled to stand alongside my colleagues to celebrate this historic moment and designate June as the ‘Month of Life.’ I urge my colleagues to pass this resolution immediately to honor the unborn and stand up for life.”

The Supreme Court overturned Roe v. Wade on June 24 following a 6–3 vote. Justice Samuel Alito, who wrote the court’s majority opinion, said that “Roe was egregiously wrong from the start,” and, “It is time to heed the Constitution and return the issue of abortion to the people’s elected representatives.”

After the Roe ruling came down, Missouri’s trigger law went into effect, but judges in Florida, Kentucky, Louisiana, and Utah blocked abortion restrictions or bans from being enforced. Meanwhile, several states with abortion trigger laws are being challenged, including Idaho and Oklahoma. According to the Guttmacher Institute, as many as 26 states could eventually ban abortions.

House Resolution 1216 states that the “right to life” is one of the founding principles of the United States and the U.S. Constitution “does not include a right to abortion.” It adds that the rights of states are included in the Constitution and “should be respected and supported.”

What’s more, the resolution emphasizes how “scientific and medical technology has demonstrated repeatedly the humanity of the unborn child.”

The resolution also calls out states to “provide necessary resources to help women and families with unplanned pregnancies to find life-affirming alternatives to abortion.”

If passed, the resolution would commit House lawmakers to “recognize the importance of reaffirming the dignity of human life” and “support life both inside the womb and outside the womb as well as the pregnant mother,” among other things.

“The Supreme Court decision is a victory for the pro-life movement and the volunteers who have supported mothers and children for the past 50 years,” Blackburn said, according to a statement from her office.

“Pro-life supporters come together from different states, religions, professions, and backgrounds in order to fight for the lives of the unborn, and I look forward to empowering the work of these volunteers as they continue to fearlessly defend the right to life,” she added.

The bill commemorates those who have “stood up for life over the last nearly 50 years” and “condemns all threats and incidents of violence fueled by the decision.”

Previous: Presbyterian Church USA condemns Israel as ‘apartheid’ state
Next: Why should we all truly love America?