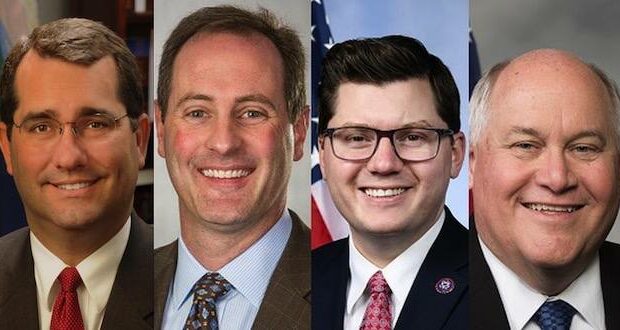 Kansans for Life endorses Schmidt, Estes, LaTurner and Mann in 2022

The endorsement of Attorney General Schmidt comes as he seeks to unseat current Governor and abortion supporter Laura Kelly in November. In a press release the organization stated that “Prior to the November election, pro-life Kansans will fight the most consequential battle in our movement’s history with the Value Them Both Amendment on the ballot August 2nd.” If passed, the Amendment would protect limits on the industry, which are in danger of being eliminated due to a 2019 Kansas Supreme Court ruling.

“Derek Schmidt has been a true defender of life as Attorney General,” said Melissa Leach, KFL PAC Manager.  “His work to defend our existing pro-life laws and support for the Value Them Both Amendment is well-documented.  We are confident that he will carry this same commitment to the Governor’s mansion.”

According to KFL, Democrat Laura Kelly has gone “above and beyond to do the industry’s bidding.”

“Kansans are ready to replace the Kelly administration with one that shares our values, upholds our laws, and protects our most vulnerable,” stated Schmidt. “I’m grateful to have the endorsement of Kansans for Life and to work with them to achieve this shared goal.”

KFL PAC’s historic early endorsement of Congressmen Estes, LaTurner and Mann comes at a time when these Congressional represnetatives are being tested on life issues like no other time in our nation’s history.

“The abortion industry-controlled U.S. House of Representatives and Biden Administration are working overtime to force their extremist agenda on the American people,” continued Leach. “Staving off the relentless efforts is no small feat. Congressman Estes is a national leader in the fight against taxpayer-funded abortion. Congressman LaTurner is the lead sponsor of Simon’s Law which protects medically fragile children and parental rights, and Congressman Mann has championed legislation to rein in anti-life executive actions. We know we can count on these pro-life legislators to continue to take Kansas values to D.C. in November.”

“I’m humbled to once again receive the support of KFL,” stated Congressman Estes. “Southcentral Kansas has been the epicenter of the pro-life debate, and our area has a history of grassroots leaders who have defended life for decades. In Congress, I’ve taken this Kansas priority to the House chamber, working to defund the abortion industry, protect preborn babies diagnosed with Down syndrome, recognize the scientific evidence of preborn babies feeling pain, and save the lives of babies born after botched abortions.”

“As an unapologetic pro-life conservative, I am honored to receive an endorsement from Kansans for Life,” said Congressman LaTurner. “At a time when Democrats in Washington are trying to push through the most radical pro-abortion agenda in American history, I will continue to be a voice for the millions of pro-life Kansans across our state and defend the most vulnerable among us – the unborn.”

“There is no greater responsibility in my duties as a United States Congressman than the solemn privilege of standing up for unborn Americans, which I will always do, no matter the cost,” stated Congressman Mann. “I have voted for the right to life more than 20 times on the Floor of the U.S. House of Representatives, including 10 times to protect taxpayers from funding abortions in major spending bills. I have cosponsored more than 30 pieces of legislation that protect the unborn, and I have introduced legislation that would require the President to notify the American public and Congress before issuing any new executive action interfering with the right to life. Thank you, Kansans for Life, for all your support of this noble cause, and for your brave stance in the fight for life. The abortion industry has desensitized this country, and my prayer is that it will be reined in as soon as possible.”