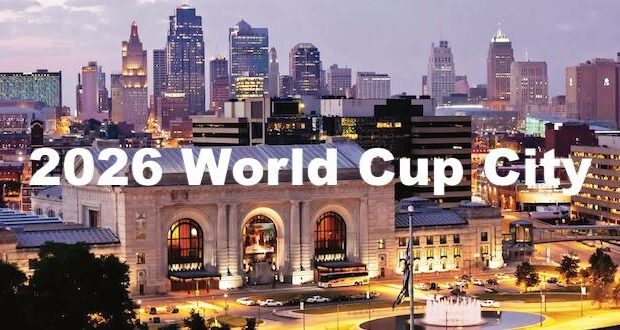 The world is coming to Kansas City in four years.

FIFA, the governing body of world soccer, announced the host cities for the 2026 World Cup on Thursday, with 11 U.S. cities, including Kansas City, making the cut. Ministries such as Youth With A Mission view the World Cup as an evangelism opportunity.

The 2026 edition of the men’s international soccer tournament, the world’s biggest sporting event, will be cohosted by the United States, Mexico and Canada in a total of 16 cities. Five cities in Mexico and Canada will host a total of 20 games, while the bulk of the tournament will take place in the United States, where 11 cities will host 60 games, including the final.

FIFA announced the host city selection in three regions: West, Central and East. Kansas City, the self-proclaimed “Soccer Capital of America,” beat out candidates such as Denver and Edmonton in the Central region. Officials for the city and Sporting KC celebrated the successful conclusion of an intense lobbying campaign.

“The World Cup will bring unprecedented tourism and economic activity to our community and will provide an opportunity to showcase our city on a global stage,” Sporting KC owner Cliff Illig said. “We are excited for Kansas City to proudly welcome the world for the 2026 FIFA World Cup.”

The field of candidate cities originally included 34 cities in the United States, three in Mexico and seven in Canada. Before the final selection was made, the field was narrowed down to 17 U.S. cities and three cities each in Canada and Mexico. In addition to Denver and Edmonton, final candidate cities that missed out on hosting included Nashville, Orlando, Cincinnati and a joint bid from Washington, D.C., and Baltimore.

Although the World Cup typically is hosted by a single country, the 2026 edition will not be the first with multiple host countries, as Japan and South Korea jointly hosted the tournament in 2002. However, the 2026 tournament will be the first to include an expanded field of 48 participating countries, up from a current total of 32.