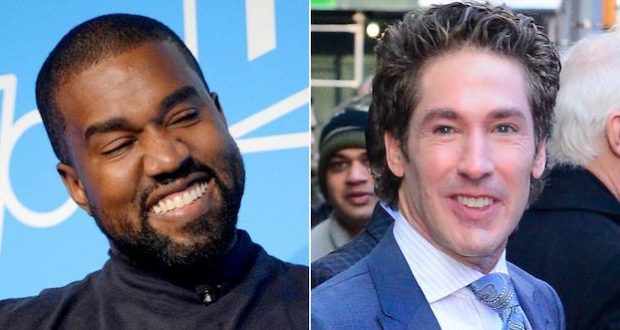 Kanye West to be at Joel Osteen’s church Sunday morning

At the 11 a.m. service, West is scheduled to have a 15-to-20-minute conversation with Osteen about how he’s overcome adversity. He will also speak about his faith journey.

West is expected to share his conversion testimony at the non-ticketed 11 a.m. service at Lakewood Church on Sunday where he will chat with Osteen before the megachurch pastor’s regularly scheduled sermon.

The morning service is free and open to the public on a first-come, first-served basis. Lakewood Church, which has a congregation of close to 70,000, seats 16,000.

Kanye will take to the pulpit a second time Sunday to perform with his choir at the 7 p.m. service. While entry is free, guests must have an e-ticket to attend.

“The evening Sunday Service will include musical performances with Kanye West and his choir. It will be streamed Live on Facebook.com/JoelOsteen, YouTube.com, LakewoodChurch.com, the Lakewood Church App, and sundayservice.com,” a statement from the church said.

E-tickets, also available on a first-come, first-served basis, will be listed on TicketMaster beginning Saturday at 10 a.m.

“We’re excited. It’s really neat to see what God is doing in Kanye’s life. Joel is very excited, Joel and Victoria. It will be a fantastic weekend,” the spokesperson said. “It’s going to bring a lot of people who have never been to Lakewood as well. Kanye has a big influence on the culture.”

West started his popular Sunday Service events, which generally include prayer and live music, in January 2019. At the time, his wife, Kim Kardashian West, said her family was on a path to spiritual enlightenment.

The journey has since led to West’s recently released first faith-based album, Jesus Is King which has gone on to make history on Billboard’s Hot Christian Songs and Hot Gospel Songs charts. The set opened at No. 1 on both the Top Christian Albums and Top Gospel Albums tallies (dated Nov. 9) with 264,000 equivalent album units earned in its first week (ending Oct. 31), according to Nielsen Music.

In a recent interview with radio DJ Zane Lowe, West explained how his faith journey inspired his new album.

“Now that I am in service to Christ, my job is to spread the Gospel. To let people know what Jesus has done for me,” West said. “And in that, I’m no longer a slave. I’m a son of God now. I’m free through Christ,” he said.

Previous: Do you need help with your IRS problem?
Next: Pastor Francis Chan will move to Asia, challenges other Christians