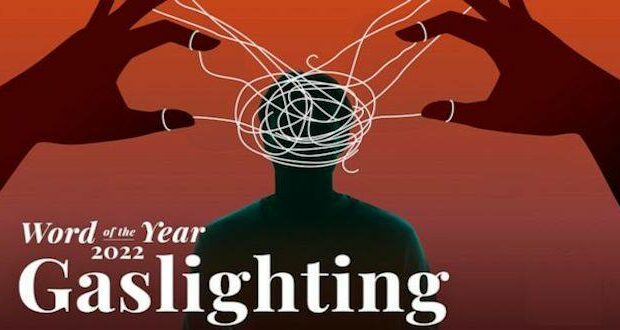 After a contentious political season, Merriam-Webster has selected “gaslighting” as its word of the year for 2022.

The official definition is the psychological manipulation of a person, usually over an extended period of time, that “causes the victim to question the validity of their own thoughts, perception of reality or memories and typically leads to confusion, loss of confidence and self-esteem, uncertainty of one’s emotional or mental stability, and a dependency on the perpetrator.”

Merriam-Webster said searches for the definition of the word on its website was up 1,740 percent in 2022 over the year before. In a world full of deep fakes, the dark web and fake news, Merriam-Webster’s editor-at-large Peter Sokolowski said he was surprised that there was not a single event that drove significant spikes in the curiosity as usually is the case with the chosen word of the year.

“It’s a word that has risen so quickly in the English language, and especially in the last four years, that it actually came as a surprise to me and to many of us,” he said in an exclusive interview with the Associated Press.

The word was brought to life more than 80 years ago with “Gas Light,” a 1938 play by Patrick Hamilton. The term gaslighting later was used by mental health practitioners to clinically describe a form of prolonged coercive control in abusive relationships. Sokolowski told the Associated Press that gaslighting spent all of 2022 in the top 50 words looked up on merriam-webster.com.

“There is this implication of an intentional deception,” Sokolowski said. “And once one is aware of that deception, it’s not just a straightforward lie, as in, you know, `I didn’t eat the cookies in the cookie jar.’ It’s something that has a little bit more devious quality to it. It has possibly an idea of strategy or a long-term plan.”

Tagged with: dictionary gaslighting merriam webster what is word of the year