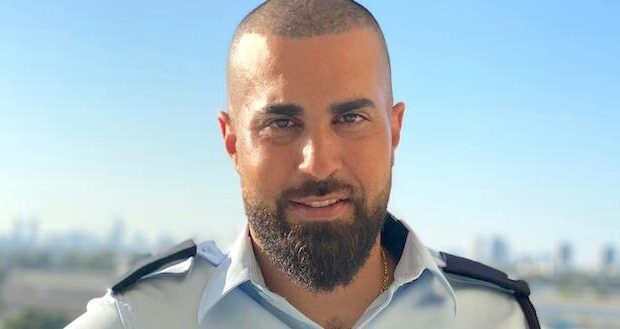 Jews and Christians alike are honoring the memory of a “hero of Israel,” an Arab Christian who while confronting a terrorist in the predominantly ultra-Orthodox Jewish town of Bnei Brak near Tel Aviv.

Sgt. Amir Khoury, 32, “was a warrior, you know,” said Lt. Col. Danny Hadad of the Tel Aviv police. “He was a first responder but the best we had.”

Hadad shared how Khoury engaged the terrorist, who was in the middle of a deadly shooting spree in the spring of 2022.

“He [the terrorist] almost shot other people,” he said. “But when he saw the police officer, when he saw Amir, he turned around and shot Amir. This is why other people were saved. In the moment that happened, his friend that was with him killed the terrorist, and this how they saved lives. Otherwise, if they were getting late, a few minutes more, the other people would have been killed. So this is how he saved lives. And we are very proud of him.”

In a recent ceremony, the Christian Friends of Magen David Adom, Israel’s humanitarian medical assistance organization, donated a medicycle in Khoury’s memory. The donation honors Khoury’s life and legacy found in the words of Jesus, who said, “Greater love hath no man than this: that he lay down his life for his friends.”

Anne Ayalon, the wife of the former Israeli ambassador to the United States, said, “Through his giving his life for Orthodox Jewish people, the entire nation wept for him. Christian Friends of Magen David Adom is here to build bridges between Christians and Jews, and a lot of it is to educate and to show that we are God’s children, all of us. And I felt it was an honor for me to meet this family and for us to donate a medicycle to another first responder.”

Thousands of Israelis attended Khoury’s funeral in March, including many ultra-Orthodox Jews.

“Amir died giving his life to protect Orthodox Jews in a very contested area in Bnei Brak in Israel,” Ayalon said “He actually brought together these Orthodox Jews who may be very suspicious of Christians. He brought them to understand that there is love for the Orthodox Jew.”