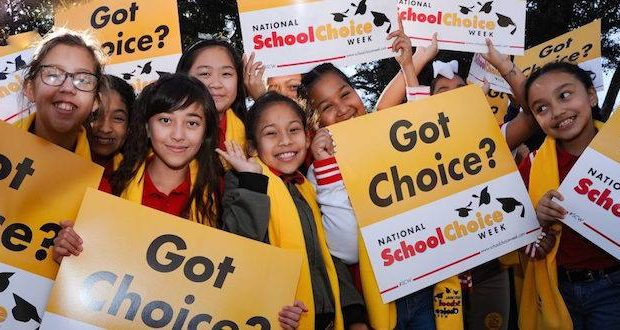 Legislation under consideration would expand charter schools beyond St. Louis and Kansas City to allow them to be established in towns with populations over 30,000 and charter counties. It would create tax credits allowing donations to an organization that provides scholarships for students to attend private school or homeschool

A supporter of charter school expansion in the state said if traditional public schools are doing a good job, they have nothing to worry about from the legislation.

Related to private schools, the bill would create up to $100 million in tax credits for donations to an organization that provides scholarships for students to attend a private school or homeschool.

“The public votes with their feet,” said Doug Thaman, director of the Missouri Charter Public School Association. “If people don’t enroll in the school, that’s the greatest accountability. Charter schools are required by law to meet the same standards as traditional public schools.”

Charter schools are allowed to have up to 20 percent of their teachers without teacher certification, but Thaman said those teachers must have a certified teacher in the classroom with them.

“The pandemic has shone a bright light that there are many students who need options to help them meet their needs,” he said. “They learn better in a small-school environment. The pandemic really just showed everybody you have to have options for families. There’s no one-size-fits-all solution.”

When public schools are performing well for their students and their parents, they shouldn’t have a concern about having options available, Thaman said. He said he doesn’t hear officials with public schools complain when students move with their parents to another school district, which has the same result.

“It depends on who we believe the money belongs to,” Thaman said. “In public education, those dollars don’t belong to a specific institution, it belongs to the children. It’s money that’s meant for the education of children.”

Another bill would allow parents to enroll their children in a school district other than the one in which they live, if the receiving district allows it.