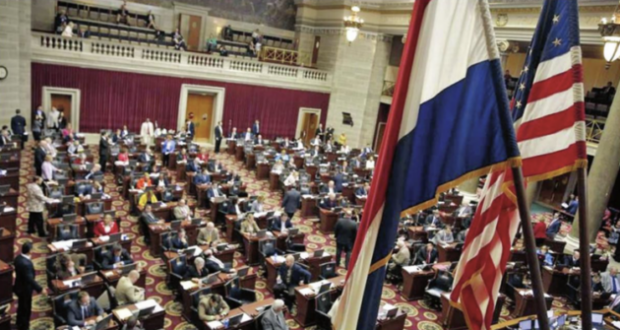 The Missouri House continues to debate the results of the presidential election. On Monday evening, a committee will hear testimony that would declare that Missouri has no faith in election results from six key states.

Rep. Justin Hill, a Republican from Lake St. Louis, filed the resolution, which names Pennsylvania, Wisconsin, Michigan, Georgia, Arizona and Nevada. “Many of my constituents through all forms of media reached out to me, asking me to do something,” he said. “And it’s not just me, it’s all representatives throughout the state.”

The resolution says that if a full and fair investigation isn’t done, Congress should refuse to accept the electoral votes from those six states. “We’re seeing in key states where we have razor-thin margins, lots of evidence of fraud, and most of it is not being investigated,” Hill told Missourinet. “So we as a state have to make a statement.”

Hill’s three-page resolution states that 50,000 votes held on USB cards are missing in one Pennsylvania county and that more than 20,000 nonresidents cast ballots in Georgia. His allegations are based on first-hand testimony from witnesses who appeared before a special committee hearing of the Pennsylvania Senate. It also said that absentee ballot and mail-in ballot laws passed in the six states were likely ignored and violated.

The House Special Committee on Government Oversight will hold the hearing. If the oversight committee approves Hill’s symbolic resolution, it would then head to the Missouri House floor for debate this month.