Home / Faith / Movie ‘Fatima’ takes faith seriously, even if some viewers may not agree 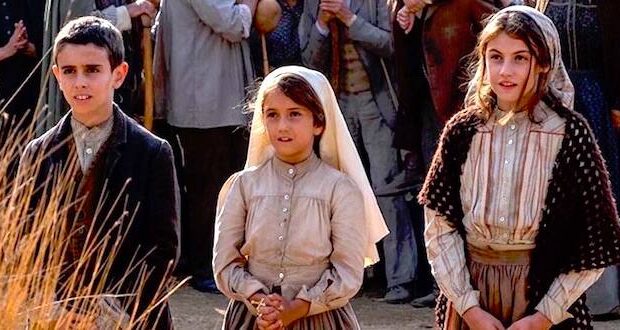 The new movie Fatima, which hit theaters this week, is a well-crafted, reverent and quite provocative piece of filmmaking. It reminds us that miracles are real and that, yes, suffering is, too.

Fatima is based on what its believers would call honest-to-goodness miraculous happenings. Though adherents from some Christian traditions might ask questions about this decidedly Catholic miracle, it’s clear that faith becomes the catalyst for some strong character shaping in this story. And that’s something that everyone can find room to agree as they did in Mel Gibson‘s (also a Catholic) The Passion of the Christ.

The film reminds us how shepherds play a central role in the Bible. From the story of Moses, who was tending some sheep when he ran across a burning bush to David was taking some time away from his father’s sheep when he fought Goliath. Then there’s those shepherds near Bethlehem and what they saw: a bevy of Christmas carols will do that for us.

Ten-year-old Lúcia dos Santos and her cousins, Jacinta and Francisco Marto, weren’t looking for divine revelation. They were surprised as anyone when that beautiful woman appeared out of nowhere as they were herding their parents’ sheep.

The globe had been engulfed by war for three years by then—a war unlike any ever seen before. Men were being mangled by the millions. And even in countries such as Portugal—technically far away from the fighting—the misery is staggering. More than 12,000 Portuguese citizens die fighting for the Allies during World War I. About 82,000 civilians die from food shortages.

The mysterious woman never asked for a wider audience. But telling 7-year-old Jacinta to keep a secret is like telling the tide to stay in. Word quickly hits the Santos family. That evening, Lúcia’s pious mother, Maria, confronts Lúcia and her crazy story. “Why would the mother of God choose you, of all people?” she demands.

Maria’s hardly alone in her skepticism. Marto, Fatima’s mayor, is determined to stamp out “religious superstition” wherever he finds it, even if it shows up in three little kids. The town’s priest, Father Ferreira, suspects that someone was playing a trick on Lúcia and her friends—or, more darkly, that the devil paid her a visit to mislead. Many townspeople, grieving over their own war dead and seeing precious little evidence of a loving God, think the kids are conniving brats making up tales.

But Lúcia and her cousins stick to their story. And, as the number of pilgrims traveling to Fatima grows, it’s clear that plenty of other people want to believe, too.

Lúcia stands at the center, and she’s understandably bothered when this beautiful vision of the Mother Mary spawns some not-so-beautiful aftershocks. She and her family are belittled by those who don’t believe in the visions. Pilgrims trample the family’s crops, forcing Lúcia’s father to ship their oldest daughter off as a maid and even sell the family’s sheep. The controversy surrounding the children’s visions worry the local government so much that the Mayor shutters the town’s church. Maria even worries that Lúcia’s visions are putting her soldier son at risk. And Lúcia herself wonders why the woman—whom she believes to be the Virgin Mary—refuses to alleviate the suffering she sees. 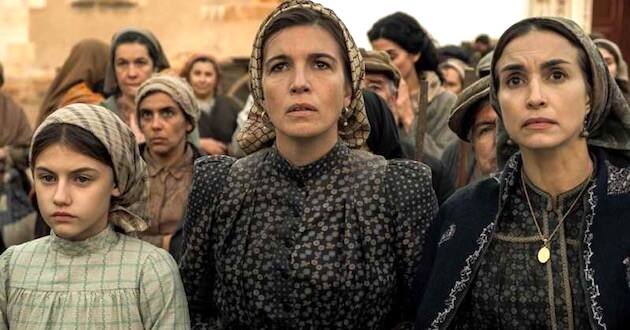 “I beg you!” she says, half praying, half shouting. “I don’t want other people suffering!” And in an effort to bring about healing for others, she tries to increase her own suffering instead.

It’s hard to think of an element of this film that isn’t spiritual, to be honest. Faith is woven into every scene and every bit of dialogue. As noted above, this is a very Catholic story, too, so elements won’t necessarily translate with some Christian viewers from different spiritual traditions.

The core story is told in flashback, as a secular professor and author interviews Lúcia (who’s since become a nun) in 1989. He asks her about the Catholic and cultural specificity of her childhood visions. Why do religious visions (he asks) always seem to conform to a given culture’s pop iconography and traditions? Could it be that the seers simply translate religious zeal into visions they’re most familiar with?

“You call it the unconscious,” the nun Lúcia says. “I call it God who, in his infinite wisdom, manifests Himself in a form that we expect, in order to help us understand better.”

Fatima, the movie, takes its miracles seriously. It’s based on happenings that took place near this Portuguese city in 1917 which culminate with “The Miracle of the Sun.” (I won’t spoil the actual miracle, but there’s plenty of information online if you want to spoil it for yourself). Though it stars some familiar actors and is distributed by a secular movie studio, this is as sincere a spiritual exercise as you’re likely to find in theaters today.

But we can’t stop there: Because of its overt religiosity, Fatima is, paradoxically, a challenging and, for some, even troubling piece of cinema.

Superficially, you can credit some of that to the movie’s overt depiction of Catholic doctrine. For devout Catholics, little of what’s shown here will feel out of place. But for Christians from other traditions, the idea of the Virgin Mary literally bleeding from the heart and telling believers that they need to pray the Rosary in order to curb God’s wrath—even though it’s all consistent with the real Lúcia’s own accounts—can feel a little jarring and perhaps antithetical to their own understanding of faith. 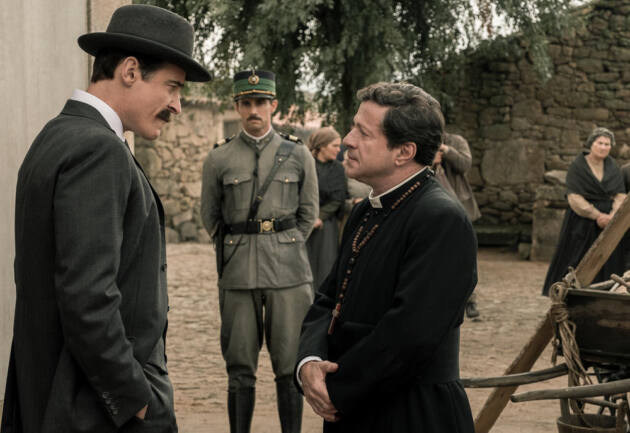 The movie tackles that friction but the fact that Fatima takes on this question so boldly takes us to the film’s next challenge—and I think it’s a good, healthy challenge.

Yes, Fatima takes its faith seriously. The movie insists that the reason for our faith is grounded in truth, and that’s a beautiful thing. But instead of gently sidestepping any skepticism or spiritual questions viewers might have, it gives them a place and voice within the story itself.

At its center is one of Christianity’s most vexing questions: If God is so great and so loving, why do people suffer? Does God ask us to suffer? It’s a great question, and one that most every believer must struggle with sooner or later. The film suggests that some suffering is caused by our own sin and disregard for God. But it also acknowledges that much of our suffering is a mystery. It offers no pat answers, no “five steps to a happier you” solutions.

For some believers, this may feel unsatisfying. But for others—and I’d count myself among this group—just the acknowledgment of that mystery, that friction, is gratifying. And, of course, just raising the subject can raise plenty of conversations with fellow moviegoers, too.

The film might not resonate with everyone. But for those who can navigate it, it just might lead some to a deeper spiritual encounter of their own.

Previous: U.S. to tighten Mexico City Policy restrictions on taxpayer funds for overseas abortions
Next: IN FOCUS: Arabs discover Israel is not the enemy