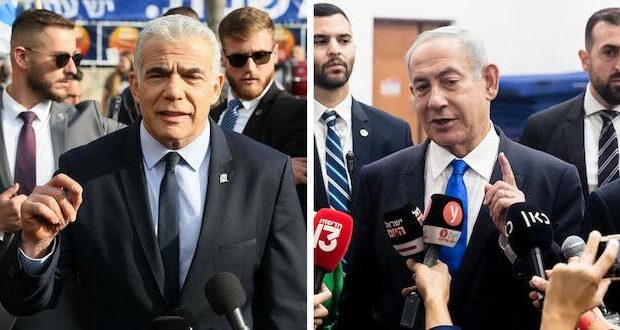 Benjamin Netanyahu is poised to make history as exit polls from Tuesday’s election show his party has won Israel’s election.

Votes continue to be tallied and Netanyahu says he will not declare victory until all votes are counted.

The election was Israel’s fifth in less than four years, with the current Yair Lapid government having collapsed after his broad, and strange, ruling coalition of parties created gridlock. Lapid cobbled together a coalition that included the first extremist Arab party ever to join a government. Those parties were poised to capture just 54 seats, according to the polls.

For his part, Netanyahu is on trial for corruption charges, including having accepted cigars as a gift.  A majority of Israelis, however, view him as the victim of a witch hunt and a biased media establishment bent on keeping him from power at any cost.

The election does not appear to be as close as previous elections. Netanyahu is outperforming predictions. The exit polls on Israel’s three major television stations all predicted that Netanyahu and his conservative allies would capture 61 or 62 seats in parliament, giving him a clear majority in the 120-seat parliament with no need to pull in more obscure parties to create a majority.

The only clinker is that polls show a small Arab party close to crossing the threshold required to enter parliament—a development that could erase Netanyahu’s slim majority.

Elections officials worked through the night tallying votes. In the early hours of Wednesday, 25 percent of the ballots had been counted, and the final outcome remained unclear.

Speaking in Jerusalem in the middle of the night, Netanyahu asked his supporters to have patience and said his Likud Party was “on the verge of a very big victory.”

Netanyahu was Israel’s longest-serving prime minister, governing for 12 consecutive years—and 15 years altogether—before he was ousted in an election last year by a coalition led by Yair Lapid.

–Metro Voice and the Associated Press