Home / Health and Wellness / Noted Israeli scientist: COVID-19 to wind down after 70 days 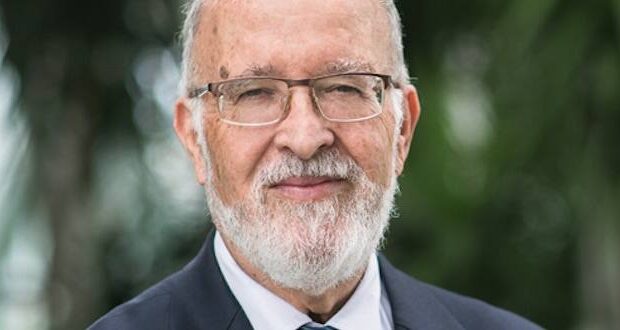 Noted Israeli scientist: COVID-19 to wind down after 70 days

COVID-19 will run its course in about 70 days, regardless of government measures, according to a prominent Israeli scientist.

Isaac Ben-Israel is a physicist, mathematician, retired major general and head of two prestigious think tanks at Tel Aviv University. He analyzed global coronavirus statistics and found that a COVID-19 outbreak peaks after about 40 days and declines to almost zero after 70 days.

“Our analysis shows that this is a constant pattern across countries,” Ben-Israel wrote. “Surprisingly, this pattern is common in countries that have taken a severe lockdown, including the paralysis of the economy, as well as to countries that implemented a far more lenient policy and have continued in ordinary life.”

He argues that countries such as Italy, which saw a complete lockdown of the country, followed the same exact outbreak pattern as countries like Sweden, Taiwan and South Korea, which continued life almost as if it were normal. The mathematician believes social distancing is necessary but says the shutdown of entire economies will not affect the course of the outbreak and in turn leads to poverty and other social issues.

Dr. Gabi Barbash, former director-general of Israel’s health ministry and former head of Tel Aviv’s largest hospital, criticized Ben-Israel’s theory. “I strongly urge that we not let mathematicians — who know nothing about biology — determine when we lift the shutdown,” he said.

Meanwhile, Israel’s Finance Ministry is battling the Health Ministry over how quickly Israel can reopen its economy. Unemployment has risen from 4 percent to at least 25 percent in a matter of weeks, and the Finance Ministry fears the economy will not be able to recover if more Israelis are not allowed back to work soon. But the Health Ministry believes the country should not reopen until the number of new cases is only about 30 to 50 per day.