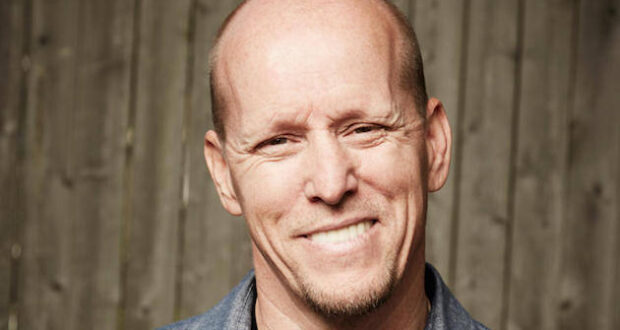 While Mark and Donnie Wahlberg achieved great success in music and film, their brother Jim took a darker path that led to prison.

“I lived a rough-and-tumble life,” he said. “I was always a hustler, was always manipulative, just to get what I wanted, and I did whatever I had to do to get it. Hustling, stealing and running from police soon became a way of life.”

Wahlberg was only 10 the first time he was arrested. He would spend his teen years in and out of juvenile detention while slowly becoming dependent on drugs and alcohol. One morning, he came to in a jail cell covered in his own blood. He had broken into a police officer’s house and now was charged with home invasion, which carried a life sentence.

“I felt completely defeated and broken, and I felt resigned to the fact that this was the way my life was gonna be forever,” Wahlberg said. “My heart was a stone.”

On June 4, 1988, Mother Teresa spoke to the prisoners at the Massachusetts Correctional Institution in Concord. “She said, ‘You’re more than the crimes that you’ve committed to be here,” he said. “You’re more than your prison ID number. You are a child of God.’”

Many were inspired by her message of a loving God. Inmate 44563 was one of them. “‘God, help me to be the person that you want me to be,” Wahlberg prayed. “I can’t continue to be this person. Help me to be free of this life.’ I felt the presence of God in my heart.”

Now that he was truly depending on God, he studied the Bible and was able to curb his addictions. In 1990, after serving only three years, Wahlberg was released for good behavior. “I was weak in my relationship with God, and I was just a weak human being,” he said. “And God got further and further away I said, ‘Thank you, I’ll take it from here.'”

Over the next two decades, Jim got married, had three kids and became the executive director of the Mark Wahlberg Youth Foundation for inner-city kids. Despite his success, he still was unfulfilled and drifting further from God.

“When you feel his presence and you walk away from it, there’s guilt, there’s shame, but there’s also sort of a sense that it’ll never happen for you again,” he said. “My daughter, Kyra, who was 12 at the time, came to me and said, ‘Daddy, I want you to be happy. I want you to know Jesus.'”

At the urging of his family and daughter, Jim agreed to go to a Christian men’s retreat. “God started to reveal himself to me again,” Wahlberg said. “And he started to melt away the ice that was my heart. I mean, I started crying and I couldn’t stop. I was just so overwhelmed. And I just felt so at peace.”

That reignited his faith and passion to serve Christ and others. Now he has a successful podcast and studio working to bring awareness to the far-reaching effects of addiction. And now his hustle is to lead others to Christ.

“I’m trying to talk people into this life that is second to none,” Wahlberg said. “This life of feeling Christ’s presence in your life. When you open your heart man, God’s presence will just jump right in there.”