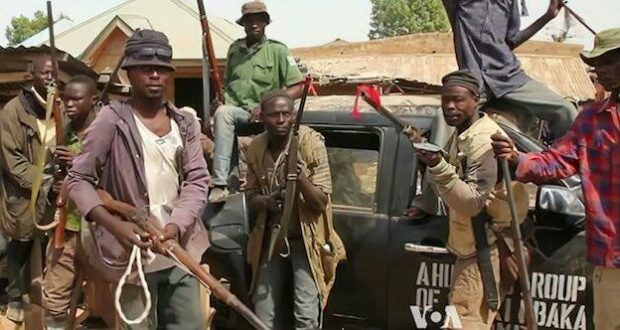 VOA photo included in a Lausanne Movement report titled “Christian Persecution in Nigeria — A biblical response to an insensitive government.”

The 2022 report from the Open Doors organization says “persecution of Christians has reached the highest levels” since it began accumulating data for its annual “World Watch List” three decades ago. Hostile incidents have increased by 20% since just 2014, and some 360 million Christians, or 14% of the worldwide total, are said to have faced persecution, harassment or discrimination. 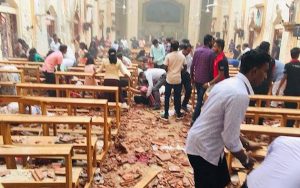 Churchgoers return to the scene of one attack to attend to victims.

abductions, a new high, up 124%; 6,175 victims held without trial; 24,678 subjected to beatings, death threats and other abuse; 6,449 with homes or businesses attacked; and 3,147 women targeted for rape or sexual harassment.

Since that report was issued, the Nigeria-based civil rights group Intersociety reports that in just that one nation, 4,020 additional killings and 2,315 abductions occurred from January through October 2022.

The memo therefore proclaims this international upsurge the Buried Story of the Year, a major, newsworthy global scourge widely featured by religious media — yet all but ignored by way too much of the mainstream media.

Journalists will have another peg for remedying this sin of omission when Open Doors issues its 2023 report early in the new year.

While Christian media like Metro Voice has reported extensively on the subject, one noteworthy secular media exception, timed for Christmas a year ago, was a thorough New York Times survey of widespread harassment of Christians in India. Also, Reuters this month produced a massive investigation of 10,000 forced abortions conducted by the military in chaotic Nigeria, indicating rape is a widespread tactic used to terrorize Christian women.

On a broader time frame, the Center for the Study of Global Christianity estimates that 1 million Christian martyrs were killed in the first 10 years of the 21st century. That’s a number that many observers and human rights organizations say is more accurate.

Specialists say terror by militant Islamists is the No. 1 factor. Other causes are different types of religious nationalism, paranoid dictatorships, atheistic hostility where communists wield power and, in several countries, the impact of organized crime or government corruption.

Open Doors is confident Christianity is the world’s most-persecuted faith, though admitting no Muslim organizations are collecting comparable persecution data. Inaction by Muslim groups charting the suppression and incarceration of ethnic believers in China is particularly remarkable. Conditions are also dire in India and Myanmar. 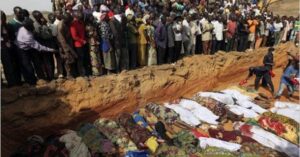 For Christians, Nigeria saw the year’s single worst atrocity — when rampaging militants murdered 40 worshippers and seriously injured dozens more during a Catholic Mass on Pentecost Sunday last June in Owo, Ondo State. Local Priest Adeniyi Abayomi said mournfully that “the world has turned away from Nigeria. Genocide is taking place, but no one cares.”

Those words can be found in a 2020-2022 survey from Aid to the Church in Need, a U.S.-based Catholic charity. It decries “a sharp increase in genocidal violence from militant nonstate actors, including jihadists,” the prospect that some of the world’s oldest Christian communities (in Iraq, Palestine, Syria) will virtually disappear, and growing government oppression in Myanmar and Vietnam added to communist regimes’ long-running persecution in China and North Korea.

Last year, a Pew Research Center survey on conditions as of 2019 said that though overall intergroup hostility in societies improved somewhat, 57 countries had important and systematic government restrictions on religions, the highest total since 2012. There was at least one incident of repression in 180 countries.

Many consider this an important news story: Persecution monitors are vexed that a year ago the Biden Administration’s State Department removed Nigeria from its listing of countries “of particular concern” over severe violations of religious freedom.

The independent U.S. Commission on International Religious Freedom, which wanted that listing to continue, denounced the decision and pleaded for reconsideration without success. See this recent update.

Year by year, Open Doors has ranked — not Nigeria — but North Korea as the worst place on earth to be a Christian. The group now considers Afghanistan No. 1. Open Doors claims that, even before the militantly Muslim Taliban reclaimed power last year, converts to Christianity either fled their homeland or faced death, but now matters are “even more dangerous. … It is impossible to live openly as a Christian in Afghanistan.”

* Latest “Report on International Religious Freedom” from the U.S. Department of State.

* The 2022 annual report from the U.S. Commission on International Religious Freedom.

* Specific cases are depicted by International Christian Concern (click here) and Voice of the Martyrs.

– Richard Ostling is a former religion reporter for The Associated Press and former correspondent for TIME Magazine. This piece first appeared at Get Religion.