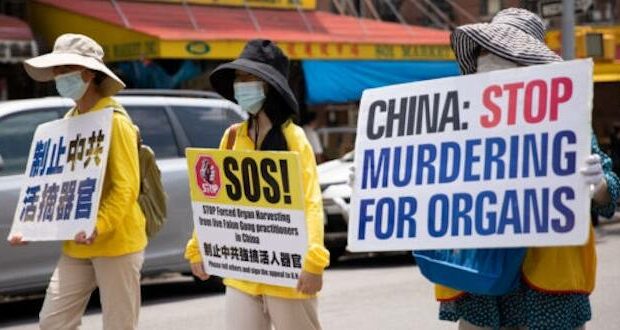 The belief that downplaying Beijing’s human rights abuses would lead to reforms in China has not only validated the Chinese Communist Party’s approach against Christians and other religious minorities but has also given it licence to repeat the atrocities. That’s according a paper published by the Macdonald-Laurier Institute (MLI).

From the Biden administration to Canada and Europe, governments continue to deal with China as if nothing is happening.

“Successive Canadian governments, and others around the world, have convinced themselves that soft-pedaling on atrocities would somehow encourage reforms in China. Instead, the machinery of oppression that was built to crush the Falun Gong has metastasized, becoming a permanent feature of Communist Party’s governance apparatus,” said renowned Canadian human rights lawyer David Matas and human rights expert Caylan Ford in their paper “Keeping Our Eyes Open to China’s Machinery of Repression.”

Published by MLI in December, the paper notes that politicians have taken the easier path when confronted with issues regarding Falun Gong.

“For diplomats seeking to advance complex and multi-faceted agendas with China, the persecution of Falun Gong is understood to be a third rail,” the authors said.

“Talk about some other forms of repression, and the Chinese Communists will offer denials and justifications,” the group says but bring up faith groups and  “Communists get angry and walk out of the room.”

“Given the risks, it seems much simpler and more productive to simply focus on other things,” they added.

One of the most persecuted is the Falun Gong, a peaceful spiritual movement targeted for forced organ donations, torture and death.

Arthur Waldron, professor of Chinese history at the University of Pennsylvania, says that the group is at the top of the persecution list. Christians are right up there as well.

“Falun Gong is not simply on Beijing’s blacklist. Its name is recorded in the blackest of black letters,” he said in a July 2007 article published by the Falun Dafa Information Center.

Although Canada announced on Dec. 8 that it will join the United States, Australia, and the UK in a diplomatic boycott of the upcoming Winter Olympics in Beijing, it is an “obvious half-measure,” Matas and Ford said.

They reasoned that even though the diplomatic boycott is meant to demonstrate the Canadian government’s displeasure with China’s human rights violations, particularly against the minority Uyghur Muslims in Xinjiang, it has come “too late.”

“Those who argued that we must not participate in Beijing’s ‘genocide Olympics’ forget something crucial: we already have,” they wrote.

“The 2008 Beijing Summer Olympics also took place against a backdrop of mass atrocities. The success of those games, and the muted response of the international community to the human rights abuses surrounding them, was understood by Beijing as a validation of its approach, and as licence to repeat it.”

The authors cited findings from the 2008 annual report of the U.S. Congressional-Executive Commission on China that noted over 8,000 Falun Gong adherents were detained between December 2007 and the end of June 2008 in a nationwide pre-Olympics clampdown. Another report by Amnesty International in 2008 documented at least 100 of them died as a result of ill-treatment in custody.

“This occurred sometimes within walking distance of Olympic venues and major landmarks,” the paper said.

The authors also pointed to an independent tribunal of scholars and jurists who in 2019 also concluded in their investigation that organs harvested from non-consenting people of faith had been the main source of supply for China’s lucrative transplant sector.

The reason Communist China wants to “completely eradicate” faith is because it cannot tolerate any belief incompatible with its communist, atheist ideology, the authors argued.

“Religious faith is a threat to totalitarians everywhere because they cannot countenance the idea that any authority—especially a divine authority—stands above their own,” Matas and Ford said.

“There can be no loyalty except loyalty to the party, no meaning except that which is prescribed by the party, no truth that cannot be altered by fiat or force.”

Yet most North Americans know little to nothing about the repression of Falun Gong in China, Matas and Ford said, adding that U.S. or Canadian leaders seldom acknowledge it.

Besides politicians, the paper noted some Canadian and U.S. media outlets have reportedly “spiked or censored stories” about the persecution campaign, possibly due to pressure from the Chinese regime.

“Broadly speaking, it seems that media can hardly touch this story if they want to continue to operate in China,” the paper read. Chinese scholars are also at risk of being denied a visa into China if they write about Falun Gong in a way not approved by the communist state.

The authors attribute another reason to the obscurity of the group’s name and its adherents when the persecution started.

“At the time that the suppression in China began, the group was virtually unknown in the West. They had not acquired significant social capital, had few networks or connections, and there were no natural constituencies to whom they could appeal for support,” the authors said.

They added there are also those who aren’t willing to “confront the reality” that such a large-scale persecution exists in today’s society.

“Despite the depths of depravity seen in the Holocaust, there remains still a naive belief that these sorts of atrocities—the mass industrialized killing by an advanced society of a group of innocent people—cannot happen,” Matas and Ford wrote.

The authors stressed that, whether it is the persecution of Uyghur Muslims or faithful Christians, it is carried out by “many of the same people, with the same tactics…”