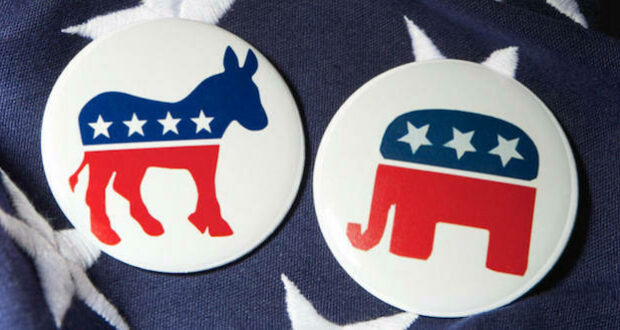 Voters finally will go to the polls on Tuesday to determine the makeup of the U.S. Senate and House, as well as the governorships of several key states. Fox News asked political experts from both parties for their predictions.

But it is not just Fox News, which leans conservative in it’s editorial coverage. Major Garrett speaking Monday on CBS This Morning stated a red wave was coming. Prodded by the program’s hosts as to why voters seemed more concerned by inflation and crime than Jan. 6, Garrett replied that was what democracy was all about – voting for the issues you care most about. Other outlets such as CNN, ABC, NBC and European news organizations are also predicting Republicans winning in deeply blue states, such as New York.

But everyone agrees it is all about turnout. Democrats are struggling to ramp up enthusiasm in key demographics while Republicans are seeing increased support from Hispanics and even African-Americans.

“Given the degree to which Democrats are playing defense in blue districts, it’s difficult to see how Democrats hold their narrow House majority. Democrats have a fighting chance to win some close Senate races, but Republicans hold favorable odds to win the one seat necessary to retake the majority. It would take a big Republican wave, however, to win more than two seats.” — Josh Krashaar, Fox News contributor

Political coverage of the news takes money. We need your help!

“By Wednesday, I think we will be up one seat in the U.S. Senate (we win Pennsylvania). Everything stays the same, and headed to a run-off in Georgia and Louisiana. In the U.S. House, I think it’s a much different story.  — Chuck Rocha, Democratic strategist

“Despite the historic trends, I think Dems will have a good night. The House will be tough, but moderate Democrats are running strong races and could surprise a lot of people.  — Jonathan Kott, former communications director for Sen. Joe Manchin

“House Republicans could gain over 250 seats, which would give Kevin McCarthy a very strong governing majority. Look for strategic Republican pick-ups in traditionally blue states like New York and California. It’s more than likely Republicans will gain control of the Senate. Democrats are at severe risk in losing Nevada, Arizona and Georgia.”  — Tony Sayegh, Republican strategist

Democrats currently hold a razor-thin majority in the upper chamber, with 50 seats in their party’s control. Because Vice President Kamala Harris has the ability to cast tie-breaking votes, Democrats need only 50 seats to retain power. Whether the results of Tuesday’s midterm elections will serve as a referendum on President Biden and Democratic policies that were implemented over the past two years is yet to be determined.

Previous: Eric Metaxas warns that nation is reaching cultural tipping point
Next: Our recommendations on the Missouri Amendments