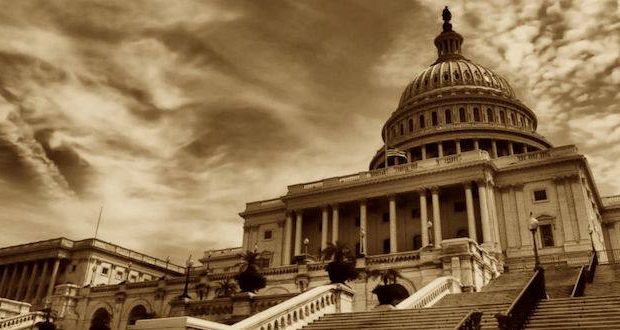 In a poll that might give Democrats pause, a majority of likely voters believe that high-level officials in government broke federal laws in their attempts to stop Donald Trump from becoming president. But in regards to the “deep state,” those polled doubted anyone would face charges, according to a Rasmussen.

The survey showed that 51 percent think it is likely that “senior federal law enforcement officials broke the law in an effort to prevent Trump from becoming president.” That figure includes 34 percent who say it is “very likely.”

Meanwhile, of the 36 percent who indicated “unlikely,” 22 percent had indicated “not at all likely,” according to the poll. The remaining 13 percent had voted “not sure.”

Trump has accused the administration of his predecessor, President Barack Obama, of spying on his campaign. Trump has also hinted that Obama knew about the spying activities. Testimony has given Trump’s assertions credibility.

“President Obama knew Russia was interfering in the 2016 election,” the video’s opening statement says. “But his team just watched it happen.”

The above allegations about high-level federal officials are part of a broader set of allegations that have collectively come to be known as Spygate.

During the 2016 presidential elections and into the beginning of Trump’s presidency, the FBI investigated the Trump campaign. The Federal Bureau of Investigation used the information contained in what’s now referred to as the “Steele dossier”—which claimed that Trump colluded with Russia to win the 2016 presidential election—to obtain a spying warrant on a Trump campaign aide, Carter Page.

The dossier was produced by Fusion GPS and former British intelligence officer Christopher Steele. It was paid for by the Democratic National Committee and the campaign of Trump’s opponent in the election, former Secretary of State Hillary Clinton.

Special Counsel Robert Mueller took over the FBI investigation in May 2017 after Trump fired then-FBI Director James Comey in the same month. Mueller brought the investigation to a conclusion in late March 2019.

Upon the Mueller report’s release on April 18, Mueller explained that the investigation had failed to uncover any evidence for the main 103 claims made in the Steele dossier—most notably, that though Russia did attempt to interfere in the election, there was no evidence that Trump or any U.S. citizen knowingly conspired or coordinated with the Russian government ahead of the election.

Trump said that following the conclusion of the Mueller probe, it was “now time to look at the other side.”

Attorney General William Barr testified to Congress on April 10 that he believes the Trump campaign was spied on in 2016. Barr later said he was gathering a team to look into the origins of the FBI’s investigation.

“As I said in my confirmation hearing, I am going to be reviewing both the genesis and the conduct of intelligence activities directed at the Trump campaign during 2016. A lot of this has already been investigated, a substantial portion of it has been investigated and is being investigated by the Office of the Inspector General at the department,” Barr said at the time.

Trump on May 23 authorized Barr to declassify federal information or intelligence related to surveillance activities surrounding the 2016 presidential campaigns.

In May, it was confirmed that Barr appointed John Durham, U.S. Attorney for Connecticut, to investigate the origins of the FBI’s probe into the Trump campaign. The ongoing inquiry has expanded overseas to Italy, Australia, the United Kingdom, and other nations.

“Barr is following the facts where they lead about how the false collusion narrative started,” Rep. Jim Jordan (R-Ohio) wrote on Twitter. “This effort requires talking to intelligence agencies around the world. That’s why he’s gathering information from our allies, like Australia, Britain, and Italy.

“Democrats are running scared of what Barr’s fact-finding will uncover. That’s why they’re trying to undermine him. But he’ll get to the truth.”

On Oct. 2 Trump suggested for the first time that the ongoing investigations may result in a “major lawsuit.”

“I’ve been looking at that long and hard for a long period of time. How it started, why it started, it should never happen to another president, ever. But I’ve been talking about it from the standpoint of bringing a major lawsuit, and I’ve been talking about it for a long time. We’ve been investigating the corruption having to do with what they did to my people. They destroyed many people,” Trump said.

Previous: Tips for seniors to ensure healthy road trips
Next: Patrick Mahomes: ‘God was watching over me’ during knee injury