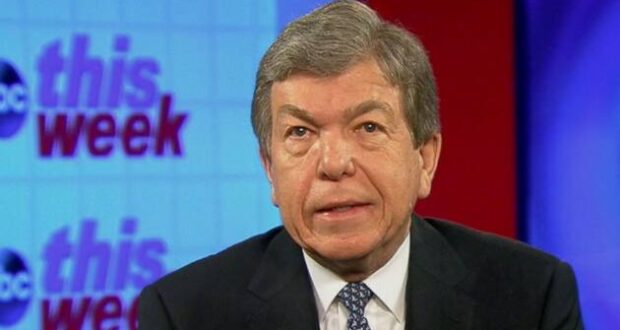 The presidential inauguration will go on as planned despite covid and last week’s riot at the U.S. Capitol, Missouri Sen. Roy Blunt said.

“We will be outside, and just as it was important to return to the capitol as quickly as we could to the Senate and House chambers, it is also important to send that message around the world that while we are dealing with a pandemic that our democracy moves forward,” he told Missourinet.

Biden had announced even before the capitol protest last week that the parade had been cancelled and celebratory activities called off. Many said it was a result of lack of interest.

Blunt is overseeing the event on the behalf of Congress. He said he spent a lot of time with capitol police and reviewing the FBI intelligence reports of the attack on the capitol. The smaller inaugural crowd restricted to 3,000 because of COVID-19 concerns will be easier to handle than the typical 200,000 attendees, he said.

Blunt, who serves on the Senate Intelligence Committee, said “the storming of the capitol by these rioters was outrageous and very harmful to our position around the world. I’m sure our adversaries loved seeing those films and pictures all over the world. It was a big day for them and a poor day for us.”

Blunt is chairman of the Senate Rules Committee and every four years, the chairman of that panel leads the Joint Congressional Committee on Inaugural Ceremonies (JCCIC). “I’d really like it if we were inaugurating the person that I voted for, but I’m going to respect the fact that the Constitution and the process work,” he said.

“The JCCIC, in consultation with diversified public health and medical experts and the Presidential Inaugural Committee, has determined that this global pandemic and the rise in COVID-19 cases warranted a difficult decision to limit attendance at the 59th Inaugural Ceremonies to a live audience that resembles a State of the Union,” stated Blunt. “We are also working on enhanced opportunities to watch the ceremonies online, in addition to the traditional televised national broadcast.”

Traditionally, the JCCIC would distribute 200,000 tickets for the official ceremonies at the Capitol and provide ticket bundles to Members of the 117thCongress to distribute to constituents. For the 59th Inaugural Ceremonies, invitations to Members of the 117th Congress will be limited to themselves and one guest. Commemorative ticket bundles and program packets will be made available to Member offices for constituents following the ceremonies.

Fellow Missouri Sen. Josh Hawley’s objection to Electoral College results from Pennsylvania has prompted some Democrats in the Senate to call for him to resign, with media outlets and even big tech companies aligning against the senator.  A few Republicans have also publicly rebuked Hawley, but Blunt is not among them.

“He has a job to do just like I do, and I’m sure he’ll do it,” he said. “He’s very smart, and I’m pleased to get the chance to work with him. We did not agree on this issue the day he announced this challenge and Ted Cruz’s challenge. I think it’s time to move on and remember, half of the Republicans in the House of Representatives had a similar position.”