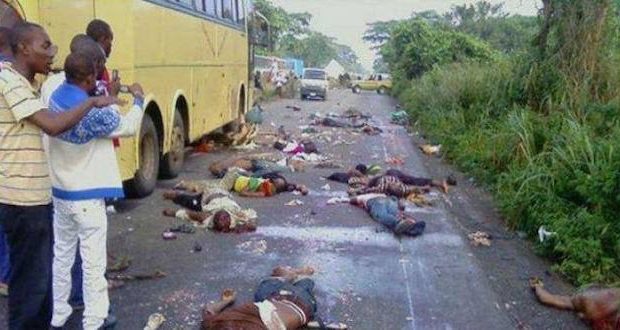 Christians were ordered off a cross-country bus, then murdered in Nigeria.

Release International: Persecution of Christians to increase in 2022

West Africa is expected to be a hotspot for persecution of Christians in the coming year, according to the newly released Persecution Trends report from Release International. The organization pointed to several countries of concern.

Sub-Saharan Africa. Islamist extremists are gaining ground in the Sahel region of sub-Saharan Africa. In Burkina Faso, jihadists targeted Christians in the northern part of the country in 2021, forcing churches to close and meet in secret. Attacks ranged from bombings, killings, kidnappings and school burnings to assaults on religious leaders and places of worship.

The Global Terrorism Index said the faction behind most of the killings is the Islamic State in the Greater Sahara.

Nigeria. Attacks by Boko Haram terrorists, IS fighters and Fulani militia continued throughout 2021. These attacks could escalate in 2022 as political campaigning gets under way ahead of the 2023 general election. In the past, attacks by Boko Haram and Fulani extremists have increased during election periods.

Afghanistan. 2021 was a tumultuous year for Afghanistan, with the Taliban taking over the country after the failed Biden withdrawal of American troops. “In 2022, there is a very real threat of higher levels of violent persecution in Afghanistan,” said Paul Robinson, CEO of Release International. “Our partners tell us that Christians who are unable to follow the outward forms of Islam, such as praying at the mosque and saying the shahada, the Islamic profession of faith, will stand out more clearly. This increases their vulnerability to persecution and the pressure on them to conform.’

North Korea. Food insecurity is a major worry in North Korea, where observers warn famine is looming once again. As winter tightens its grip, many could face imminent starvation. In the 1990s, up to 3.5 million North Koreans died of hunger. According to some estimates, more than 10 percent of the population lost their lives.

Further instability in the country could lead to increased persecution in what already is one of the most hostile countries to Christianity in the world.

India. Attacks against Christians are rising, and more states are imposing anti-conversion laws. This comes as growing numbers of the Indian underclass, the Dalits, are turning to Christianity. Right-wing Hindu nationalism is on the rise in India. Militant Hindus have called for religious conversion from Hinduism to be made illegal across the country. Several states already have passed anti-conversion laws.

Previous: Focus on the Family implements vaccine mandate for staff
Next: Facebook backtracks after banning publisher of conservative children’s books