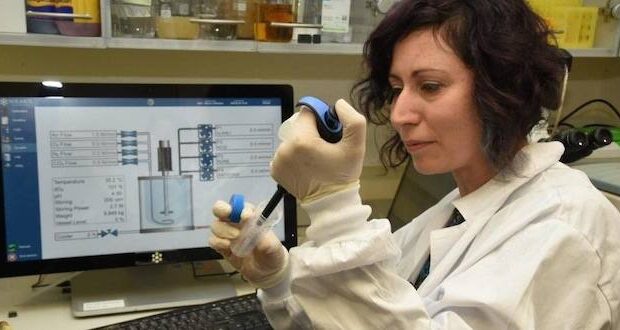 Successful coronavirus drug from Israel being tested in United States

A promising new coronavirus drug from Israel is being tested in the United States for the first time.

The trial comes after Pluristem Therapeutics Inc., a biotech company based in Haifa, reported that seven patients who were at a high risk of death from respiratory failure survived after receiving the medication. The patients were approved for treatment under the compassionate use program and exhibited respiratory failure requiring intubation in the ICU. Four of the patients had multi-system organ failure, including heart and kidney failure.

All seven of the patients who received the drug survived, and four patients saw an improvement in respiration. One patient is still alive but saw a continued deterioration of his respiratory system. Now, a critical COVID-19 patient in the United States has been treated with PLX cell therapy at Holy Name Medical Center in New Jersey. The results of the treatment have yet to be released. Pluristem aims to conduct a multinational clinical study on the drug to better test for its effectiveness.

“We are pleased with this initial outcome of the compassionate use program and committed to harnessing PLX cells for the benefit of patients and health-care systems,” said Yaky Yanay, Pluristem CEO and president. “In order to maximize PLX cells’ impact on patient recovery and to work toward making our treatment widely available, we plan to quickly move forward into a clinical development program.

“We believe that research and governmental funding may be available to Pluristem to support the use of PLX cells for patients suffering from COVID19 and are targeting such funding.”

Swayampakula Ramakanth, a Wall Street analyst at H.C. Wainwright, said he is “very encouraged” by the results

“In our view, with the ongoing pandemic affecting nearly every country and stressing healthcare systems around the world, new, effective treatments are urgently needed,” he said. “Therefore, we believe that both the FDA and the EMA may expedite the approval for clinical studies and simply the regulatory paths going forward. With regulatory expediency and patients only needing a 28-day follow-up, we believe the company could complete the initial studies and report results in 2020.”

Previous: Museum wants to make COVID-19 part of local history exhibit
Next: What livestreaming churches can learn from televangelists