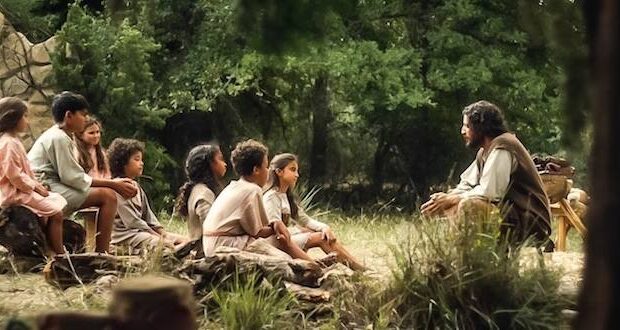 The series “The Chosen” has surged into the top-tier of well-known and popular productions that people are watching.

VidAngel, the family-friendly streaming app, and original content studio, recently announced that it’s series on the life of Christ, called The Chosen, has surged into IMDb’s Top 250 All-time series list. The Chosen joins other prestigious series like Netflix’s The Crown and HBO’s hit series Band of Brothers and Chernobyl as the most highly rated historical dramas. In the days leading up to Easter, The Chosen mobile app rocketed to over 100,000 app downloads each day.  This made it one of the top 20 most downloaded entertainment apps surpassing HBO and Vudu.

The Chosen Is About Hope and Inspiration

“More than 300 million Americans are stuck at home,” said Neal Harmon, CEO of VidAngel.  “They are likely growing tired of the relentless barrage of bad news and stress. The Chosen is a series about hope and inspiration.  It is a show about the Gospels the whole family can celebrate together. We believe that’s why it’s seeing so much interest both here in the US and around the world.

“We encourage everyone who sees the show to use our pay it forward feature in the app to fund season two.  This makes it possible for millions more to imagine what it might have been like to meet Jesus when he first walked the earth.  This show helps us to read the New Testament with a fresh perspective,” Neal said.

The Chosen is the first-ever multi-season series about the life of Christ.  Surpassing expectations and breaking records, it was named the #1 Crowdfunded Media Project in 2018 by raising over $10 million. The Chosen went on to become the 1st entertainment project to be released around the world in 180 countries on its own app. Due to the overwhelming response, it is projected that VidAngel will be able to produce a new season.

●       The show is being watched in nearly every country on earth

●       Audio dubs for the show are available in English, Spanish, Portuguese, and Russian.

●       The Chosen is subtitled in over twenty languages including Spanish, Portuguese, Polish, Russian, French, and German.

●       The show is available to watch for free on The Chosen mobile app. Viewers can cast the show’s episodes to popular streaming devices like Roku, Apple TV, Fire TV, Chromecast, etc.

●       The Chosen is the first TV series to be launched worldwide without restrictions to nearly every country on earth simultaneously in its own app.

VidAngel helps you make entertainment good for your home. Its top-rated original series Dry Bar Comedy and The Chosen have earned wide acclaim from critics and audiences alike. VidAngel’s signature filtering technology—empowering families to skip language, nudity, violence, and other content from movies and TV shows streaming on Netflix and Amazon Prime—is available on modern devices such as iOS, Android, ROKU, Apple TV, and Amazon Fire TV and continues to be popular with parents and families.

Previous: Chick-fil-A sales and donations surge in response to coronavirus
Next: ‘State of the Plate’ poll: most churches see giving decline