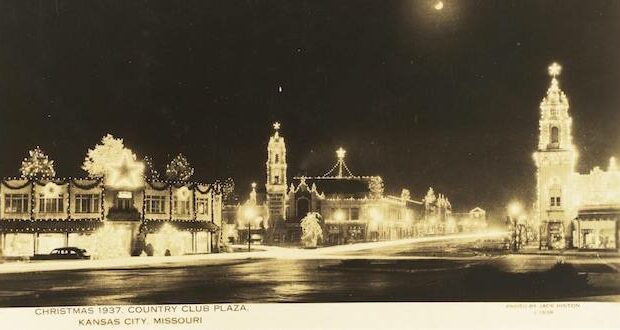 Thanksgiving and Christmas around the area are celebrated in a uniqueness that can only be Kansas City.

On October 3, 1864, President Abraham Lincoln declared Thanksgiving a national holiday, but that was the national declaration of the friendship and resulting feast between the Pilgrims and the Wampanoag Tribe in 1621. There is a statue of Chief Massasoit at 47th and Main. In the Kansas City area, however, the first official Thanksgiving meal dates to 1856, and the old Shawnee Missions. Governor Geary of the Kansas Territory named November 20th as a day of Thanksgiving and the advent of peace, at a time when the nation was coming apart over slavery.

In 1925, Charles Pitrat, the maintenance guru at the JC Nichols Company, strung a six-foot string of sixteen colored lights across the doorway of the Plaza’s first building. Five years later, the lighting ceremony started. It has continued every year except 1973, when the lights were left off during the energy crisis to curtail the use of foreign oil. 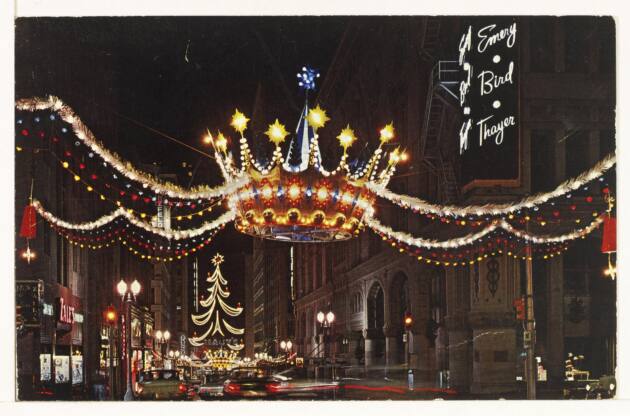 The Kansas City celebration of Thanksgiving and Christmas has Santa making the rounds of Crown Center, the Union Station, and the Plaza, as well as all the gathering places. 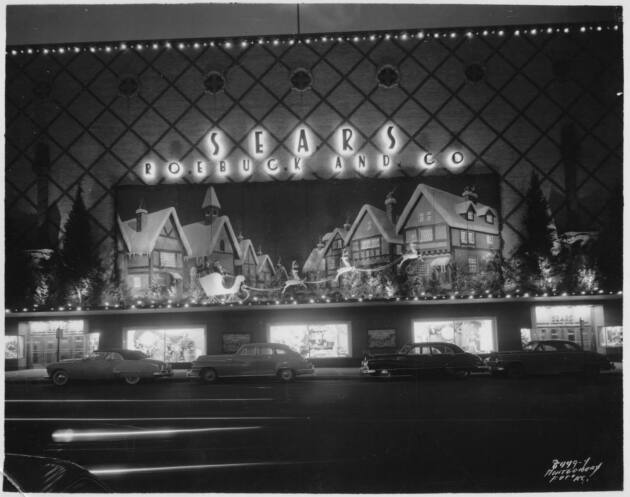 Sears, Roebuck and Co., located on the north side of Nichols Road between Pennsylvania and Jefferson, 1950.

Over the years, however, it has changed and continues to change. I miss the school programs, punctuated by “Over the River and Through the Woods” and “We ask the Lord’s Blessing”, all of which start the holiday spirit for me. I miss the Pilgrims who gave thanks with the Chief Massasoit before the sharing and thanks were separated from the holiday.

–Bob White is a Kansas City-area resident and history writer for Metro Voice. Read his other stories below.

Anniversary factoids: What you may not know about Nagasaki and Hiroshima