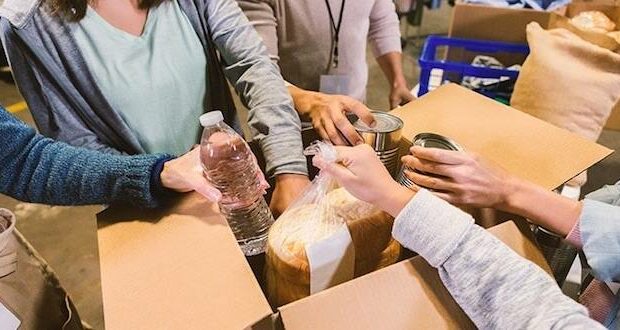 The work of faith-based organizations serving the community are coming under threat by the federal government over issues such as gender and marriage.

Religious organizations are finding it more difficult to serve their communities because of new policies initiated by the federal government.  It comes as a new survey finds that Americans’ support for religious freedom principles has actually increased from 12 months ago, despite the cultural divides fueled by different worldviews, media outlets, social media and the political process.

The third annual Religious Freedom Index by the Becket Fund surveyed the opinions of 1,000 American adults on a wide spectrum of questions concerning religious liberty protections under the First Amendment. The responses fell generally into six categories: Religious Pluralism; Religion and Policy; Religious Sharing; Religion in Society; Church and State; and Religion in Action.

This year’s composite score of 68, according to Becket, represents an increase of two points from last year. The key findings for 2021 include:

“As Americans bounce back from a divisive year, we see an increased commitment to a wide range of religious freedom principles,” Luke Goodrich, senior counsel at Becket and co-editor of the Index, said in a press release. “This across-the-board support shows a renewed confidence that protecting religious exercise and expression benefits American culture and civic life.”

READ: Government will cause great damage to the church with Equality Act

Concern for religious speech also stood out in the survey. Sixty-two percent of respondents believe that people of faith should be free to voice their religiously based opinion in public, even on controversial topics.

Relatedly, an almost identical number of people believe such freedom also extends to classroom. Sixty-three percent said that parents are the primary educators of their children and should have the final say in what their children are taught, including the freedom to opt children out of public-school content parents find morally objectionable.

The COVID-19 pandemic’s impact brought to the surface of America’s religious life a new and sensitive issue: government closure orders and attendance restrictions at the nation’s churches. A majority of the survey’s respondents felt that funerals and religious services should be considered “essential activities” protected from government closure.

“After a period where we all have experienced restrictions on daily life at some level, Americans seem more averse to placing restrictions on their neighbors, coworkers and friends for their religious beliefs,” said Katie Geary, content manager at Becket and co-editor of the Index. “As Americans work together to bridge partisan divides, this naturally extends to greater support for religious freedom.”

The Index’s positive results appear to be an indication that even when we are experiencing painful pressure points in our culture, Americans’ first response is to favor robust protections of the guarantee of religious freedom that made this country’s founding truly unique in the panoply of nations.

And that bodes well for our country’s future. “One nation, under God” is much more than a motto. It is our national mission statement of unity based on our relationship to the Creator.

Previous: The history of Thanksgiving and Christmas celebrations in Kansas City
Next: Coming home: Foster kids return as young adults for the holidays