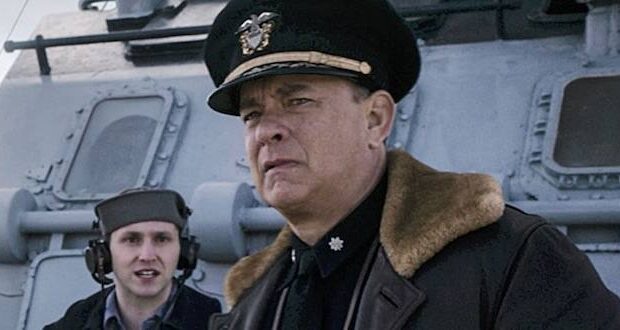 After a long drought of new movies during the pandemic, Tom Hanks is bringing an inspirational story to life in “Greyhound.”

His character, Ernie Krause is a man guided by his Christian faith amid the horrors of war, something director Aaron Schneider acknowledges makes the World War II drama all the more compelling.

“As soon as you bring a man of faith into a story as a hero, you’re almost immediately confronting everything that a man of faith holds dear,” Schneider said. “When thrust into war, a man of faith is going to inevitably confront the basic tenets of his own faith: The sanctity of life and thou shalt not kill; faith in his mission and himself; and holding to unbroken faith for yet another day. That’s what storytelling is about; you take a hero’s principles and everything he or she holds dear, and you throw the biggest possible thematic opposites at them.”Bottom of Form

“Greyhound” follows Krause, captain of a U.S. warship leading a convoy of 37 merchant and troop ships across the North Atlantic in February 1942. During the five-day voyage, the convoy must pass through a treacherous area of the ocean riddled with Nazi U-boats. Without air support, Krause is forced to navigate life-and-death situations and close encounters as he works to lead his crew to safety.

The movie establishes Krause as a man of faith almost instantly. He’s shown praying both on his knees and silently before every meal. Scripture is used throughout the movie: Hebrews 13:8 is referenced on several occasions, and as the Greyhound pursues a German U-Boat, Krause whispers under his breath Proverbs 3:6: “Acknowledge him, and he will direct thy path.”

Although the film follows a story that took place many decades ago, Schneider pointed out that the events of World War II in many ways parallel 21st-century challenges, especially the coronavirus pandemic.

“Movies tend to take on different personalities at different times, and ‘Greyhound’ found itself exploring some ideas that do resonate with what we’re all going through right now,” he said. “We think of WWII as a very defined period in time: The beginning, middle and end. But when it was going on it was so enormous and so uncertain that nobody knew what their future was going to be, let alone who was going to win. There was this sense of hunkering down, protecting each other and just looking to tomorrow.”

The movie’s character is in sharp contrast to online rumors which Hanks has been battling.

The “Tootsie” actor has recently been the subject of online speculation concerning his connections with convicted rapist and sex trafficker Jeffrey Epstein and a trafficking ring spanning the globe.

The allegations have not been proven and Hanks name was not identified on the few flight logs that have been released. Names that do appear on the flight logs of the “Lolita Express” to Epstein’s sex island include that of former President Bill Clinton and Kevin Spacey plus dozens of other A-list Hollywood names. Bill Gates is listed on a flight manifest having flown on Epstein’s plane to Florida.

In a surprise announcement, Hanks and his wife Rita Wilson were granted Greek citizenship this week.