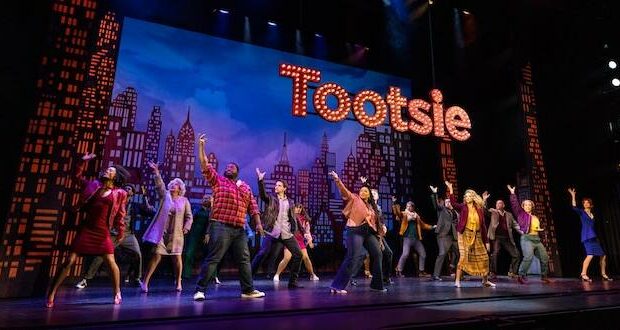 We all need to laugh. And you will laugh with, and at, Tootsie.

The latest iteration of the 1982 film starring Dustin Hoffman, will be presented by Broadway Across America and the American Theatre Guild beginning November 23 at the Music Hall. Rolling Stone stated, “In these turbulent times, with the world out of balance, we need a place to let the good times roll.”

Tootsie follows the loosely 1982 film storyline, moving the action from a television soap opera to a Broadway musical. Michael Dorsey is an actor who nobody wants to hire because of his turbulent personality. In a desperate effort to get a job, he auditions for a female role in the musical, Juliet’s Curse, a sequel to Romeo and Juliet where Juliet lives and falls in love with Romeo’s brother. His ex-girlfriend is also auditioning. Michael gets the role of a lifetime and later, unfortunately, falls for the female lead, Julie. Michael’s roommate, Jeff, sarcastically forecasts that all will come unhinged which, of course, it does.

The play calls for quick changes, different voices for Michael, wigs, etc. that you would expect. The lyric in “I Like What She’s Doing” humorously describes Michael (now Dorothy) as “built like a tractor.”   The characters include the sleazy director, Ron; anxious ex-girlfriend actress, Sandy; a reality TV star as Dorothy’s musical co-star, Max; and an ambitious lead musical actress, Julie. As expected, both Julie and Max fall for Dorothy, a no-nonsense southern gal with a heart of gold. 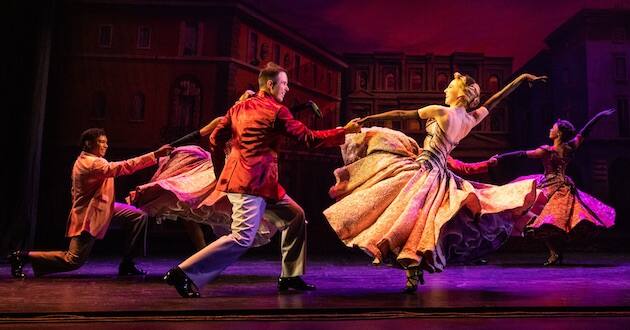 Marilyn Stasio of Variety, said, “The new Broadway adaptation of Tootsie is old–fashion and proud of it—and it’s a surefire crowd-pleaser…The lyrics are so smart, the music can’t always catch up with them…” The Broadway production won a Tony for Best Book of a Musical and Best Performance by a Leading Actor in a Musical. It received 9 other Tony nominations. The clever score is by David Yazbek.

Theater critics say it is perhaps the funniest musical of the year, partly because it avoids gender politics that have divided the nation.

You will laugh loudly!   You can enjoy Tootsie with out-of-town Thanksgiving guests at the Musical Hall from November 23, – November 28. Tootsie is recommended for ages 12 and up due to language.