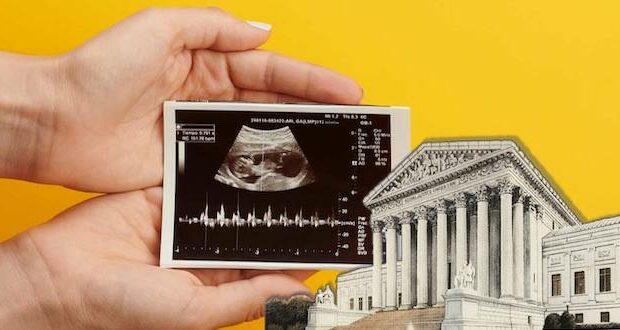 The U.S. Supreme Court on Monday will turn its attention to the Texas law banning most abortions. The court will not look at the constitutionality of the Texas law, but rather if plaintiffs have standing to oppose it and bring lawsuits.

The law took effect in September and bans almost all abortions after a fetal heartbeat can be detected, at around six weeks of pregnancy.  The only time the law permits abortions is when the life of the mother is at stake or the pregnancy could cause “substantial and irreversible impairment of a major bodily function.” Otherwise, it treats all unborn children as individuals with the freedom to life.

In addition, the Texas law uses a judicial tactic often employed by leftist organizations. Instead of the state enforcing the law and bringing lawsuits against abortionists, it allows private citizens to launch civil lawsuits against anyone who “aids or abets” an abortion after a fetal heartbeat can be detected. At least one such lawsuit has already been filed. On September 1, the Supreme Court ruled 5 to 4 to allow the Texas law to go into effect.

John Seago, legislative director for Texas Right to Life, sees the last two months as “a phenomenal success for the pro-life movement. We are the first state to be able to enforce a heartbeat bill, and lives are being saved every day because of this work.”

The Texas law is the first of two abortion laws the court is set to consider soon. On December 1, the court will consider a Mississippi law that bans most abortions after 15 weeks of pregnancy. The challenges to the restrictive state abortion laws come as conservative-leaning justices on the Supreme Court enjoy a six to three majority, which includes the three newest justices appointed by former President Donald Trump.

The Supreme Court began a new term last month, when it heard its first in-person oral arguments since the court began hearing cases virtually when the COVID-19 pandemic began. Other major cases on controversial issues the court is considering include a case challenging the constitutionality of a New York concealed-carry gun law and a case involving whether state dollars should go to private religious schools.

Previous: Thanksgiving to be “most expensive meal in the history of the holiday”
Next: Michigan Gov. Whitmer vetoes election security reform