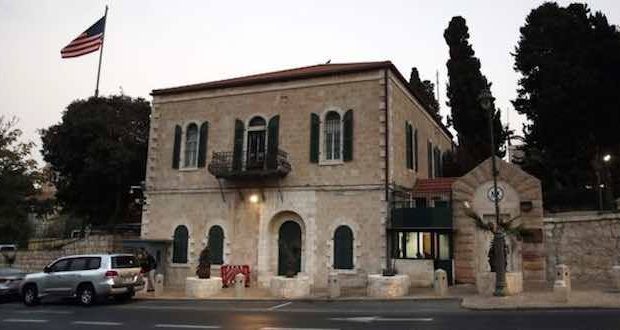 Old US Consulate in Jerusalem

The United States officially closed its Palestinian Consulate General in Jerusalem on Monday, downgrading its diplomatic mission to the Palestinians and merging it with the new US Embassy to Jerusalem.

The consulate acted as the de facto embassy to the Palestinians for decades under presidents who promised to move the American Embassy to Jerusalem but who never did. Now, diplomatic relations with the Palestinians will happen through a US Embassy Palestinian Affairs Unit (PAU) and be based out of the new embassy in Jerusalem. 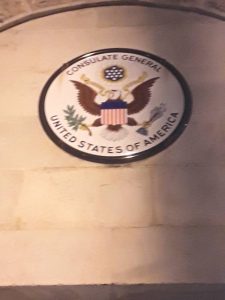 The US State Department says the merger does not signify a change in US policy towards the Palestinians.

“This decision was driven by our global efforts to increase the efficiency and effectiveness of our diplomatic engagements and operations,” State Department spokesman Robert Palladino said in a statement. “It does not signal a change of US policy on Jerusalem, the West Bank, or the Gaza Strip.”

Palladino said “there will be complete continuity of US diplomatic activity and consular services during and after the merger” and US diplomats will continue to “engage in a wide range of reporting, outreach, and programming in the West Bank and Gaza Strip, as well as with Palestinians in Jerusalem.”

Palestinian’s warned the US against the decision Sunday and PLO Secretary-General official Saeb Erekat called the move “the final nail in the coffin” for the US role in peacemaking.

Erekat said the merger was meant to “please the ideologized American team, which is primed to dismantle the foundations of the international system and US foreign policy in order to reward Israel for its violations and crimes.”

The “ideologized American team” are the US leaders responsible for crafting the “deal of the century” – the official US-brokered peace agreement between Israel and the Palestinians.

Nations around the world have moved, are moving or are considering similar moves for their embassies.

Hanan Ashrawi, a member of the terrorist group PLO Executive Committee, also condemned the merger and said it shows the Trump administration “is intent on leaving no room for doubt about its hostility towards the Palestinian people and their inalienable rights, as well as its abject disregard for international law and its obligations under the law.”

The PLO was responsible for the 1972 Olympic massacre of Israeli athletes in Germany. The organization now runs Palestine.

The Palestinian Authority has been boycotting the US administration since December 2017, after President Donald Trump announced his decision to recognize Jerusalem as Israel’s capital.

Trump Senior Advisor Jared Kushner announced last month that the US would unveil the highly-anticipated peace plan after Israeli elections in April. The Palestinian Authority has preemptively rejected the plan and accused the US of favoring Israel.